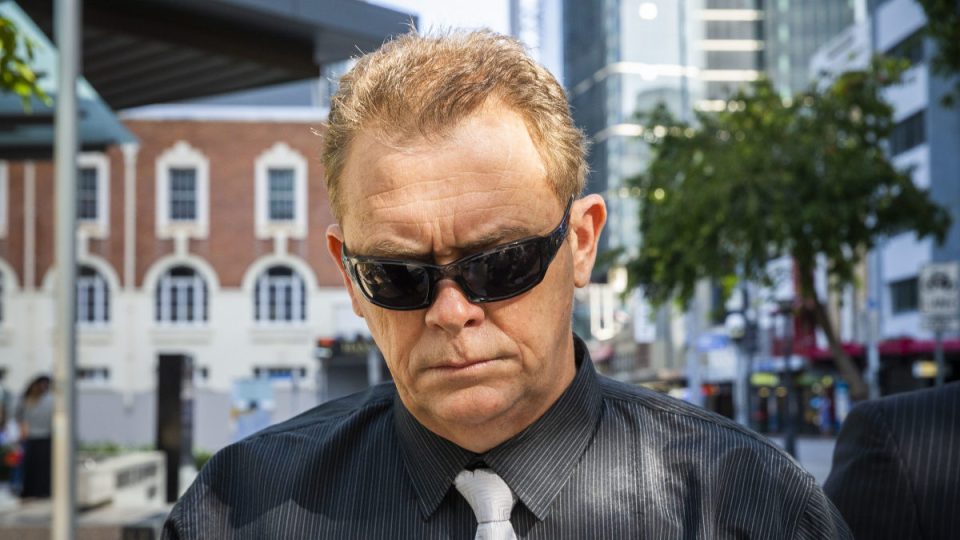 There are growing calls for Senior Constable Neil Punchard to be fired. Photo: AAP

There are growing calls for a Queensland police officer who leaked a domestic violence victim’s address to her ex-partner to be sacked, after a judge downgraded his sentence.

Last year, Senior Constable Neil Punchard was given a suspended two-month jail sentence and a criminal conviction after pleading guilty to nine counts of computer hacking.

On Tuesday, in a move that outraged domestic violence survivors and campaigners, a Queensland district court judge set aside those penalties on appeal, ruled that a conviction would not be recorded, and ordered Punchard to instead complete 140 hours of community service.

Many say Punchard, who is currently suspended with full pay, must not be allowed to continue working as a police officer.

On Saturday, the group Doctors Against Violence Towards Women launched a petition calling on Queensland Police Commissioner Katarina Carrol to fire Punchard.

Within hours the petition amassed more than 1000 signatures.

A group called Doctors Against Violence Towards Women started a petition this morn, demanding @QldPolice stand down Neil Punchard, the cop who hacked into confidential database to send a woman’s address to her attacker.

Domestic violence experts say the Punchard case is “just the tip of the iceberg”, and major changes in policing are needed if Australia is to properly address the scourge of domestic violence.

In Queensland, the case has been a huge embarrassment for the force and exposed widespread issues with how officers respond to incidents of family violence.

Keeping him on sends a message that it is okay,” Doctors Against Violence Towards Women’s Karen Williams said.

“But knowing someone like him could potentially be a person a woman could go to – if you saw Punchard, you wouldn’t want to tell police what is going on.”

In 2014, Punchard accessed two separate police computer systems to find the address of the Gold Coast woman and then gave it to his friend, her ex-partner – who was later convicted of domestic violence offences.

In text messages seen by the court he wrote to his friend: “Just tell her you to know where she lives and leave it at that. Lol.”

“The police will contact you if they want to speak to you … then you give them my name. That is your get-out-of-jail-free card,” Punchard wrote in another message.

The ex-partner, who later fled to Greece, threatened to kill his former wife and strap bombs to their children.

“I don’t think there are any excuses. There were nine separate accounts of hacking,” she said.

In re-sentencing Punchard, district court Judge Craig Chowdhury said he took into account his age, 54, and said that because a criminal conviction would likely result in Punchard losing his job as a cop, the fair outcome was to record no conviction.

“There was no specific evidence before me that a conviction would result in the appellant’s dismissal from the police service, but that was the implication made by the solicitor for the appellant in the court below,” Judge Chowdhury said.

“Logically a conviction for a serious offence would result in an officer’s dismissal.”

Queensland University of Technology professor and domestic violence expert Kerry Carrington said Punchard’s case was “just the tip of the iceberg” in terms of issues with how police treat domestic violence victims.

“This is not an isolated incident,” Professor Carrington said.

Pointing to the words used by Detective Inspector Mark Thompson, who said police were keeping an “open mind: as to whether the murder of Hannah Clarke and her children was a case of a “husband being driven too far”, Professor Carrington said the culture of the police force meant officers were “ill-equipped’ to handle domestic violence.

“Basically, it’s indicative of the culture, it’s widespread,” she said.

We’re dealing with a deeply ingrained culture that is totally and utterly incapable and ill-equipped to respond to victims.”

A study conducted by QUT in June showed 63 per cent of domestic violence victims who contacted police were dissatisfied with how they were treated.

The ACT and Tasmania have better practices in place than the other states and territories, but a complete overhaul of the way domestic vioence is policed is needed, Professor Carrington said.

Defunding the domestic violence part of the police force and creating a specialised structure would be the best way to achieve necessary change, she said.

“Everything we’re doing is not working. The main problem, primarily, is the police. They’ve become the gatekeepers,” Professor Carrington said.

“We need to create a completely new police force that deals with domestic gender violence, exactly like what Argentina did.”

Having specialised police stations staffed by women who are trained in responding to the complex issue of family violence in a holistic way that involves social workers, child care and psychologists, would help to solve Australia’s family violence problem, Professor Carrington said.

“That will be the only way you do it. Eighty-five per cent of all the resources … that go into fighting domestic violence go into policing it. And look at what a job they do!” she said.

“I’m saying it’s time to take it off them. Defund the police for domestic violence.”