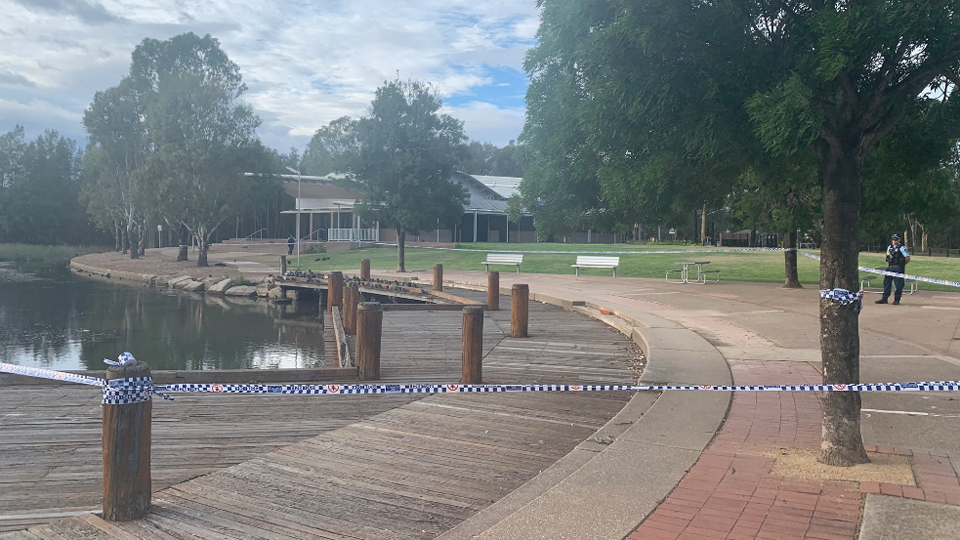 Police set up a crime scene in the park after a jogger was stabbed several times on Monday morning. Photo: Twitter

A man is in a serious condition in hospital after being stabbed several times while on an early morning walk in a park in western Sydney.

The injured man, 24, staggered to a nearby McDonald’s to get help after being stabbed four times in the back about 5am on Monday, NSW police said.

He had been attacked after being approached by three men while he was walking around Lake Woodcroft in Blacktown.

Detectives said one of the men produced a knife and threatened the victim before stabbing him four times in the back and robbing him.

JOGGER ATTACKED – There’s a manhunt underway at Lake Woodcroft after a man on an early morning jog was stabbed 4 times in the back. He made it to a nearby McDonalds to get help before being taken to hospital. More to come @9NewsSyd pic.twitter.com/TCRF1hmIv8

The trio fled and the victim managed to get to a McDonald’s in nearby Richmond Road, Woodcroft, where he was met by police and paramedics.

Police said the man was treated by paramedics and taken to Westmead Hospital in a serious condition.

Crime scenes have been established and inquiries are continuing.

Anyone with information is urged to contact Crime Stoppers.