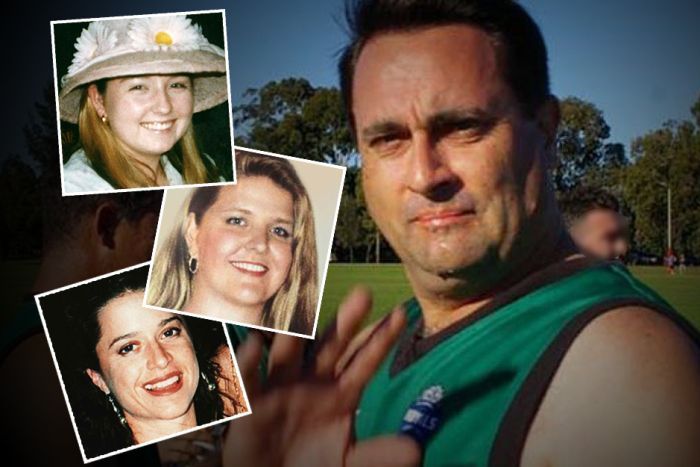 The alleged Claremont serial killer, Bradley Robert Edwards, has pleaded not guilty to three murders at the start of his trial as the parents of two of his three alleged victims watched on in the Supreme Court.

Denis Glennon, the father of Ciara Glennon, as well as Don Spiers and his wife Carol, the parents of Sarah Spiers, were in the front row of the public gallery to hear Edwards’s not guilty pleas.

In a clear voice, Edwards spoke only to deny the three murder charges against him.

“Not guilty,” he said when each of the charges were read out to him.

Mr Glennon and Mr and Ms Spiers arrived early at the court building on Monday morning ahead of the trial beginning.

Despite massive interest, public spectators were fewer than had been anticipated, with less than two dozen people who were not connected with the media taking seats in the specially appointed courtroom created to accommodate the public.

But a huge contingent of local and national media arrived at court for the start of the six-month trial, which is the culmination of the lengthiest and most expensive murder investigation in Western Australia’s history.

Others also present included prominent Perth barrister Tom Percy QC, who is not involved in the case, as well as a host of current and former detectives who have worked over the years for the Macro Task Force, the specialised group set up to investigate the three murders.

Proceedings are being live-streamed to a courtroom in the historic building so that members of the public unable to find a seat in court 7.2 can watch the trial.

Private rooms with live streams of proceedings have also been made available by the court for the families of the victims and for Edwards’s family, as well as overflow media rooms for journalists unable to get a seat in the courtroom.

The unprecedented court measures reflect the intense and enduring level of interest the case has generated in the wider community over the past two decades.

Mr Glennon and Mr Spiers have been present at nearly every court appearance and pre-trial hearing relating to the case.

Jane Rimmer’s sister, Lee, has also been present for some of the hearings and was also expected to attend the trial.

Edwards was originally charged with eight offences – the three counts of wilful murder, as well as five charges relating to the abduction and rape of a 17-year-old girl at Karrakatta Cemetery in 1995 and a night-time attack on another teenage woman inside her Huntingdale home as her parents slept.

But he admitted his guilt to the five lesser charges at a pre-trial hearing last month.