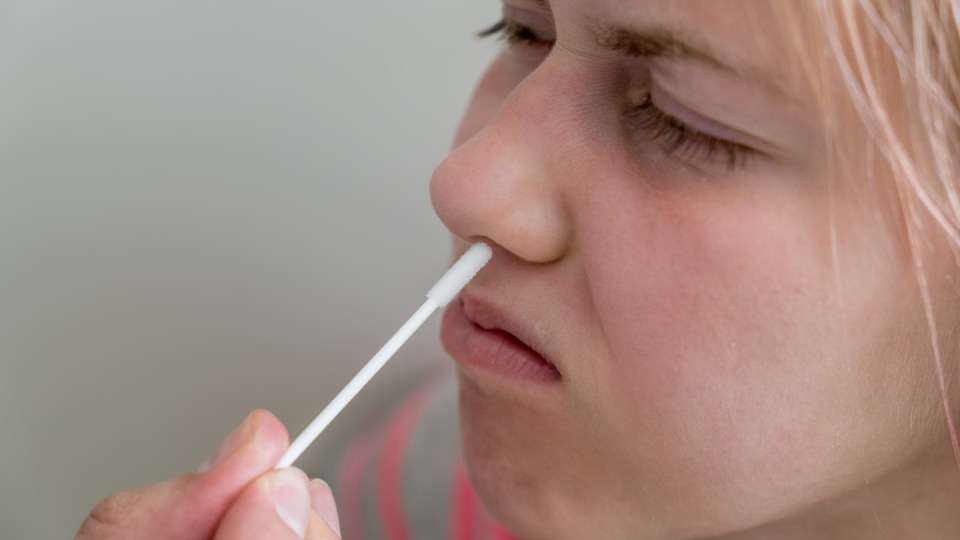 Australian researchers believe they have solved one of the COVID pandemic’s most enduring mysteries: Why are children less likely to catch COVID and, when they do, experience less severe symptoms.

It turns out kids’ noses may be better at fighting off COVID-19 than those of adults.

Dr Kirsty Short from the school of chemistry and molecular biosciences at the University of Queensland says it may be one reason immune responses among children have proved more effective against the virus.

“Children have a lower COVID-19 infection rate and milder symptoms than adults but the reasons for this have been unknown,” she says.

“We’ve shown the lining of children’s noses have a more pro-inflammatory response to the ancestral SARS-CoV-2 than adults’ noses.”

Dr Short and her colleagues exposed samples of nasal lining cells from 23 healthy children and 15 healthy adults to the virus.

The results showed it replicated less efficiently in the children’s nasal cells and there was a heightened antiviral response.

“It could be an adaptation to the increased threats of ‘foreign invaders’ such as viruses or bacteria observed in childhood,” she said.

“It’s also possible increased exposure to these threats in childhood ‘trains’ the nasal lining in children to mount a stronger pro-inflammatory response.

“Or alternatively, metabolic differences between children and adults could alter how virus-fighting genes express themselves.”

The researchers found the Delta COVID-19 variant was significantly less likely to replicate in the nasal cells of children but the trend was markedly less pronounced in the case of Omicron.

Meanwhile, state and federal authorities are worried the number of Australians getting their third dose of COVID-19 vaccine is lagging.

Some 71.4 per cent of those eligible, or more than 14.1 million people, have so far received a third dose.

But there are more than 5.6 million yet to get their booster.

Queensland is the worst-performing state, with 64.5 per cent of eligible residents receiving a third jab, while the ACT has the best coverage (79.9 per cent).

The booster rate is 55 per cent for Indigenous Australians nationally.

The concern comes amid almost 29,000 new virus cases recorded across the nation on Saturday along with 89 deaths.

While decreasing daily over the past week, the number of virus patients in hospital care also remains a touch under 4500, accounting for almost one in 12 hospital beds.