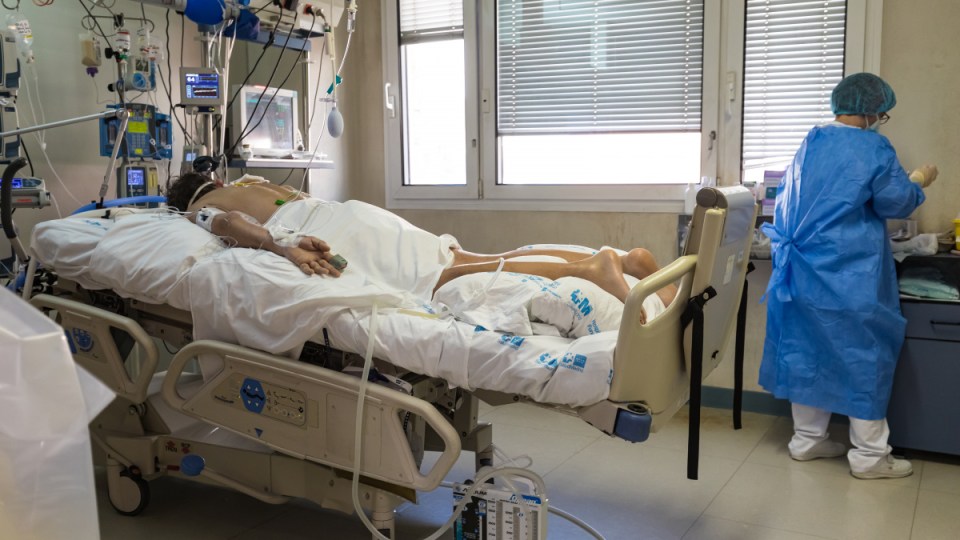 The number of patients in intensive care has seen a welcome drop, but hospitals are still trying to cope. Photo: AAP Photo: Getty

One in 12 public hospital beds across Australia is occupied by a COVID-19 patient despite fewer people ending up in intensive care than during previous waves of the virus.

“We’re numbering about 330,000 cases on a seven-day average per week at the moment, but we know from sampling from the positivity rates that we’re getting for PCR tests, that the real number is probably at least twice that,” he told the Australian Medical Association national conference on Saturday.

“It is an extraordinary numbers of infections with this highly infectious new (Omicron) subvariant.”

Mr Butler said the one upside of the current Omicron wave was that ICU rates were well below where they were in January, while the number of flu cases was also declining sharply.

But he added that the take up of third vaccine doses had “stalled to quite an alarming extent”, with around five million people yet to receive a booster after their two initial shots.

Mr Butler’s comments came as a leading epidemiologist warned that authorities should take as much care with the air as they did with water in order to combat the latest COVID-19 surge.

Authorities should take as much care with the air as they do with their water to help combat the latest surge in COVID-19 cases and future waves, a leading epidemiologist says.

Adrian Esterman from the University of South Australia says better ventilation and better vaccines will be vital to fighting the virus over the long term.

Despite high numbers of active cases across the country, he questioned how many public buildings, offices, factories and retail settings had conducted ventilation audits and taken steps to improve their air conditioning.

“This is an airborne disease. Over 98 per cent of infections are airborne, probably even more than that.

“If it’s an airborne disease, why aren’t we looking after our air?”

“One of the big problems with our approach to COVID-19 is that every state and territory does a different thing,” he said.

“Even things like the definition of a case. There’s hardly any national definitions or national approaches.

A good example is contact tracing, Professor Esterman told the committee, with each state and territory having their own method.

“This is a crazy situation. We need a national approach. It would benefit the whole country,” he said.

Prof Esterman noted the new federal Labor government had taken to the election a policy to establish an Australian CDC.

“Hopefully that will happen,” he said.

One chance in 12 any hospital bed holds a COVID patient