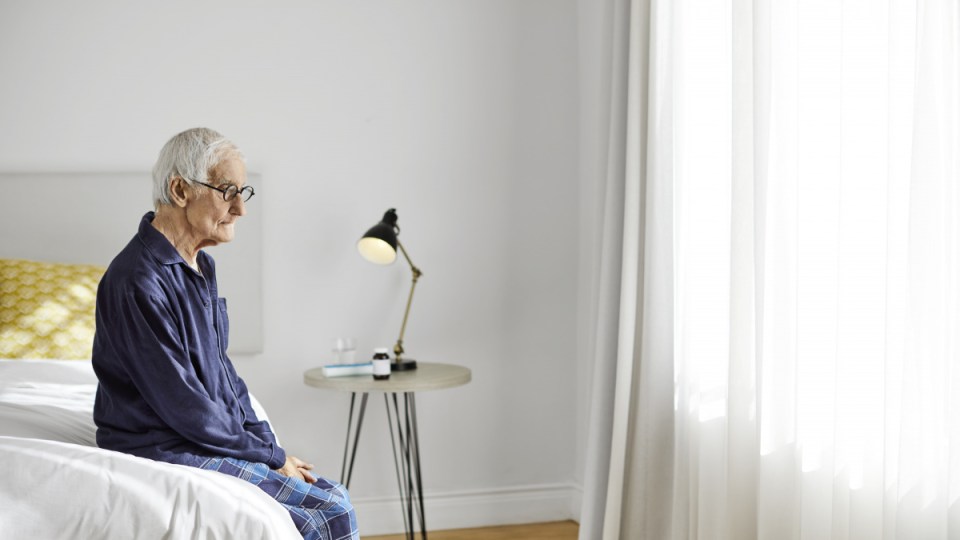 Who will care for Australia's frail seniors as COVID slashes the aged-care industry workforce? Photo:

Aged-care providers are calling for urgent action to protect residents and staff from the winter COVID-19 wave currently hitting more than one third of the nation’s facilities.

The association’s interim chief executive Paul Sadler said 10-15 per cent of staff are already isolating or quarantining at home, and the coming weeks will put intense pressure on residents and workers.

“(The association) is concerned that anywhere up to two-thirds of aged care homes could be affected by active outbreaks over coming weeks,” he said in a statement on Sunday.

“The increased availability in surge workforce, including the Australian Defence Force over the past week, has been welcome, but there is still a shortfall.

“The reality is we can’t leave older people without adequate levels of care for too long.”

Send in the troops

He called for more support for a surge workforce, including ADF personnel, until at least September.

Over the longer term, Mr Sadler said the federal government must plan to fix chronic workforce shortfalls, prepare for future outbreaks and implement reforms recommended by the recent royal commission into aged care.

“The coming weeks are critical for aged care. We must do all we can to put the protection of older people first and support our aged care workers,” he said.

Aged Care Minister Anika Wells has recently highlighted the importance of a unified approach to preventing the further spread of the virus in the sector.

“I enthusiastically encourage these matters to go back to national cabinet so we can get a national approach to this,” she said.

As the latest wave continues to sweep the nation, Prime Minister Anthony Albanese conceded that it is understandable some Australians are confused about the latest advice for wearing face masks.

While there is no fresh mask mandate, most states and territories are advocating their use indoors or when social distancing is not possible.

“The issue of mandates, of course, is a matter for (which) state and territory governments have been responsible,” the Prime Minister said on Sunday.

NSW reported 14 deaths, Victoria 12, seven in Western Australia, two in Tasmania and one in South Australia.

As of Sunday, 71.1 per cent of eligible Australians had received three or more vaccine doses.

As for fourth doses, 31.5 per cent of the eligible population aged 30 and over have received a winter booster.

The Victorian government is continuing to provide free rapid antigen tests to those who are eligible with disability, extending support to some of the most vulnerable in the community until the end of September. -AAP