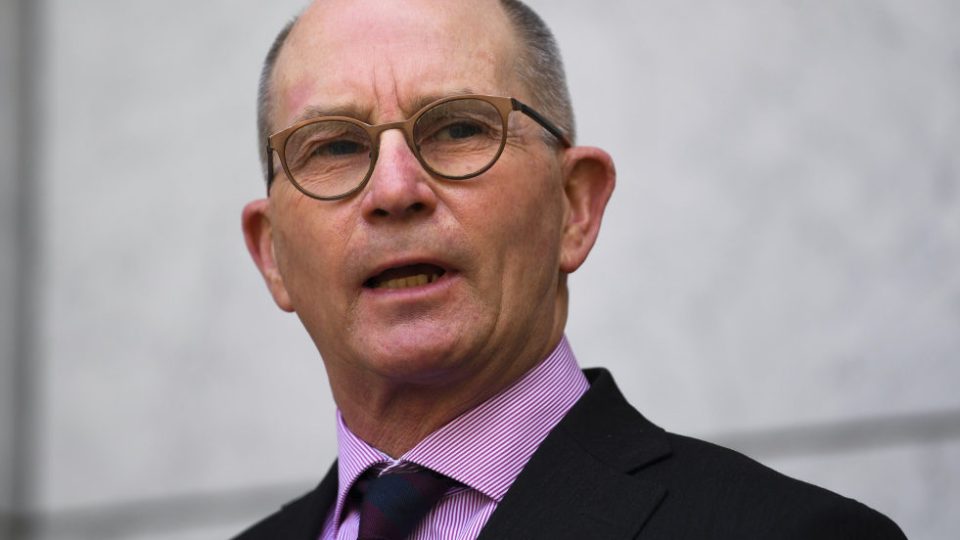 Prof Paul Kelly says while monkeypox has been upgraded, it is far less transmissible than COVID-19. Photo: AAP

The chief medical officer has issued a fresh warning about the increase in COVID-19 cases across the country, saying the death toll from the virus is likely to rise.

Ahead of the government reintroducing the pandemic leave payments, Professor Paul Kelly has urged eligible Australians to get a third or fourth COVID vaccine, ahead of the predicted peak of the third Omicron wave.

Prof Kelly said the latest rise in cases was set to place additional pressure on hospitals.

“Due to the number of cases, we may also see a rise in the number of people dying with COVID-19, particularly among those who are at higher risk of severe disease,” he said.

“We cannot stop this wave of infections, but we can slow the spread and protect the vulnerable. We have done this before and we can do it again.”

The chief medical officer has also urged employers to review health and safety risks in light of the increase in infections, as well as allowing employees to work from home if possible.

“There were 300,000 cases or thereabouts reported over the last seven days, and I think (the chief medical officer) and I are pretty confident that the real number is likely to be double that,” he told reporters in Canberra.

“The other difference obviously between the situation we confront today and in January is that hospitals are also grappling with flu and a range of other respiratory illnesses and the usual surge in hospital activity that we see during winter.”

Since the eligibility widened for a fourth vaccine dose, more than 560,000 have been administered in the first week of the expanded rollout, with most being between 50 and 65-years-old.

That’s compared with 180,000 doses of a second booster the week before.

However, Mr Butler wanted a greater take up of a third dose, with just 50,000 first boosters administered in the past week.

It comes as pandemic isolation payments for eligible workers will resume from Wednesday until September 30.

However, Government Services Minister Bill Shorten said employees would have to show they were not able to financially cover the impact of being off work in order to be eligible for the $750 payment.

“If you have sick leave, you have to use your sick leave first but I stress, not your holiday leave,” Mr Shorten told the Seven Network’s Sunrise program on Tuesday.

More than 50,500 new cases and 75 deaths have been recorded nationwide on Tuesday.

There are more than 348,000 active coronavirus cases Australia-wide, with more than 5200 patients in hospital care.