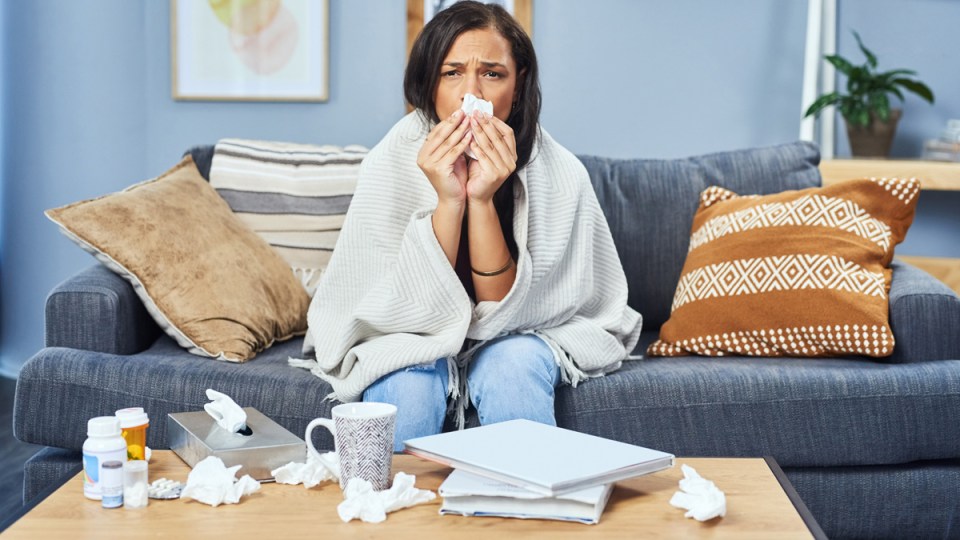 With the isolation benefit restored., casual workers stricken by COVID can isolate at home without money worries. Photo: Getty

State and territory leaders are urging Australians to mask up again amid a surge in coronavirus cases.

Much to cheers of the union movement and gig-economy workers, meanwhile, the federal government has reinstated the $750 payment for the hundreds of thousands of workers who have to isolate.

Latest data showed there were just over 328,000 active coronavirus cases across the nation. The majority of those – 138,993 – are in New South Wales.

The rise has prompted some states to make pleas for people to work from home and to don masks when in public.

“The best thing that we can do, and it’s not a huge inconvenience to us, is to wear these masks and go and get your booster,” Queensland Premier Annastacia Palaszczuk said.

“Right now, the objective is to flatten the curve as much as possible. With some simple measures, we can support vulnerable members of our community,” Mr Barr said.

The decision to extend the payments was welcomed by business groups, such as the Business Council of Australia and unions.

“(It) means workers will no longer have to decide between isolating with the virus and putting food on the table for their families,” Australian Council of Trade Unions secretary Sally McManus said.

Speaking after a fast-tracked national cabinet meeting on Saturday, Prime Minister Anthony Albanese said continuing the payment was appropriate with cases rising across the country.

“I want to make sure that people aren’t left behind, that vulnerable people are looked after and that no-one is left with the unenviable choice of not being able to isolate properly without losing an income,” he told reporters in Sydney.

The emergency payments for people who don’t have sick leave but are forced to isolate due to COVID-19 will be reinstated from July 20 and last through to September 30. The scheme originally lapsed on June 30.

The Commonwealth will split the $780 million bill with the states and territories but the prime minister could not say whether the payments would later be extended past September 30.

He instead cited the $1 trillion debt his government inherited.

“We do need to act on this (debt) and all state and territory governments understand that as well,” Mr Albanese said.

“The truth is that we have real fiscal pressures and the measures put in place were temporary measures.”

Australian unions were quick to welcome the decision to reinstate the $750 pandemic isolation payment.

The Australian Council of Trade Unions has backed the move, noting 776,000 Australians missed work in June due to sickness.

“(It) means workers will no longer have to decide between isolating with the virus and putting food on the table for their families,” ACTU secretary Sally McManus said in a statement.

The Australian Retailers Association is also pleased, saying the changes will stop infected workers from going to work.

Keeping sick workers at home will reduce the rising COVID-19 cases and hospitalisations, the Australian Nursing and Midwifery Federation said.

“It’s crucial that our federal, state and territory governments work with us to assist our depleted health and aged care workforce, which has been crushed by the impacts of the pandemic,” ANMF federal secretary Annie Butler said in a statement.

“Nurses, midwives and care workers need to be supported so they can continue to provide quality healthcare for all Australians when they need it.”

The Aged and Community Care Providers Association welcomed the reinstated payments but cited the 2100 aged care residents who have died from COVID-19 this year.

“It is disappointing that the government has not made an additional commitment in relation to surge workforce given the peak of this current wave is expected to hit in the next few weeks,” Mr Sadler said.

“At the beginning of this year we had aged care providers on their knees, many with up to 30 per cent of their workforce ill or close contacts and unavailable to work.”