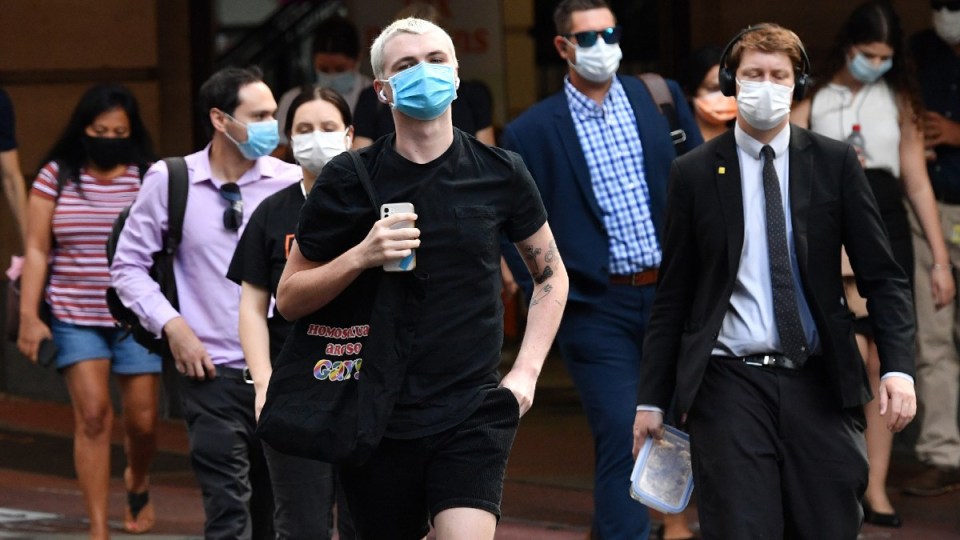 The experts are divided on the merits of reintroducing compulsory masking.Photo: Getty

Evasive new Omicron variants are fuelling a rise in COVID-19 cases and hospitalisations across Australia, but experts say it is too early to know if they cause more severe disease.

NSW, Victoria and Queensland reported more than 25,000 new infections and 61 deaths between them on Saturday as BA.4 and BA.5 overtake BA.2 as the dominant strains.

Almost 42,000 cases and 35 fatalities were also announced nationally on Friday – the third day in a row of 40,000-plus daily infections.

The number of Australians hospitalised with the virus now tops 4000, up by more than 1000 in the past fortnight.

Deakin University epidemiology chair Catherine Bennett says it’s difficult to determine how transmissible the new variants are due to waning vaccine immunity and differing levels of prior infection.

They make everyone “fair game” for either infection or reinfection but hospitalisations are unlikely to reach levels seen during the initial Omicron wave, she says.

Preliminary research from Japan indicates the variants could replicate more efficiently in the lungs than BA.2, and Prof Bennett says this could lead to an increase in lower respiratory tract and secondary infections.

“It’s not like saying that’s going to increase our death rate – but it could as secondary infections become harder to manage,” she said.

Increasing cases have led to calls from some experts to reintroduce indoor mask mandates in an attempt to curb transmission, a measure state health officials have also discussed.

However Prof Bennett says she doesn’t believe compulsory mask-wearing should be reintroduced and instead wants authorities to re-engage with the COVID-fatigued community with targeted public health messages.

Based on her analysis of NSW data, the current risk of encountering an infectious person in a public place is somewhere between one in 25 and 50.

“It just makes you think, ‘I’m in a store and it’s probably got 25 people in it … I’m putting a mask on so I don’t give it to anybody else and I don’t get it from them’,” she said.

From Monday, Australians over 30 will be able to get a fourth vaccine dose – or second booster – after the Australian Technical Advisory Group on Immunisation expanded eligibility amid the case spike.