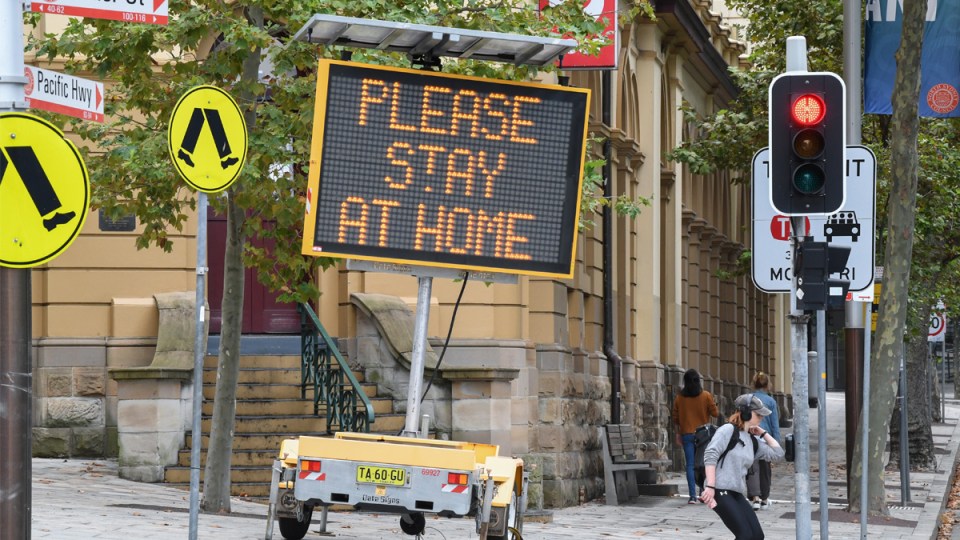 Australia is likely to reach a tally of 10,000 deaths from COVID-19 at the weekend. Photo: Getty

More than two years into the COVID-19 pandemic, Australia is likely to record 10,000 deaths from the virus within days.

There were a further seven fatalities in Western Australia, two in Tasmanian and one in the ACT – taking Australia’s 24-hour COVID toll to 60.

The national death toll from the virus stood at 9837 on Wednesday, with the 10,000 milestone likely to be reached this coming weekend.

There is sometimes a delay between a COVID-19 death occurring and authorities being notified.

The grim looming milestone has been accompanied by another surge in cases across the country as two new Omicron subvariants take hold. Between them, NSW, Victoria and Queensland confirmed nearly 30,000 infections on Thursday, prompting a warning from NSW Health.

Chief health officer Dr Kerry Chant said everyone needed to do all they could to limit the spread of COVID-19 and protect the most vulnerable Australians.

“There is no evidence yet of a difference in disease severity for those infected with BA.4 and BA.5, but there is evidence that they are better at evading the body’s immunity,” Dr Chant said.

“We all have a role to play in reducing the spread and burden of respiratory infections this winter and protecting our most vulnerable so I strongly encourage everyone to keep doing the little things that make a big difference, such as staying home when you are sick, washing your hands regularly and indoor mask-wearing.”

NSW’s latest respiratory surveillance report, released on Thursday, shoed the overall proportion of positive COVID PCR tests likely to be either Omicron BA.4 or BA.5 sub-lineages increased to 35 per cent in the week to last Saturday – up from 32 per cent in the previous week.

NSW Health is urging people to make sure they are up-to-date with vaccines, and talk to their GPs about their eligibility for antiviral medications if they do contract the virus.

The NSW concern follows a similar update from Victorian health authorities. The two subvariants made up 40 per cent of detections of COVID in Victorian wastewater by June 23, they said on Thursday – up from 5 per cent in late May.

BA.4/BA.5 are expected to shortly overtake the BA.2 strain to become the dominant strain in Victoria.

“The Department of Health anticipates the prevalence of BA.4/BA.5 in Victoria is likely to result in an increase in cases – including reinfections – and hospital admissions and deaths. This is because the strain has a greater ability than BA.2 to evade immunity provided by vaccination and earlier COVID-19 infection,” Victorian authorities said.

“There is no evidence at this stage that the BA.4/BA.5 sub-lineage causes more severe disease, but the department is closely monitoring the situation.”

It said Victoria’s changing virus situation was similar to patterns in NSW and Queensland, where hospitalisations for COVID rose significantly during June.

“We still have a few thousand people in hospital across Australia with COVID. Hospitals that are also dealing with the pressure of influenza for the first time in a couple of years, as well as all the other conditions people have when they present at hospital. And we’re still seeing about 300 Australians lose their lives to COVID every week. This is still a very serious health challenge,” he said.

“We’re only still starting to understand the impact of B A4 and BA5 in terms of its transmissibility, in terms of the ability for people who might have had one of the other subvariants of COVID earlier in the year to become reinfected with this new subvariant.”

Meanwhile, vaccinations are no longer mandatory in Queensland for visitors to hospitals, aged care facilities, disability accommodation and jails.

Workers in high-risk settings such as early childhood, primary and secondary education, prisons, youth detention centres and airports are also exempt unless required to be vaccinated by employers.

Testing on arrival for international visitors to Queensland has also been scrapped.

Meanwhile, the Northern Territory’s Howard Springs quarantine facility, which opened in February 2020, will close on Thursday.

The facility will remain intact in case it’s ever needed again.

More than 60,000 people were quarantined at the facility in the past two years.

It also it provided a pathway for thousands of Australians stuck overseas to return home.

At the centre’s busiest, staff cared for up to 2000 people per fortnight.

Northern Territory: 354 cases, no deaths, 15 in hospital with two in ICU