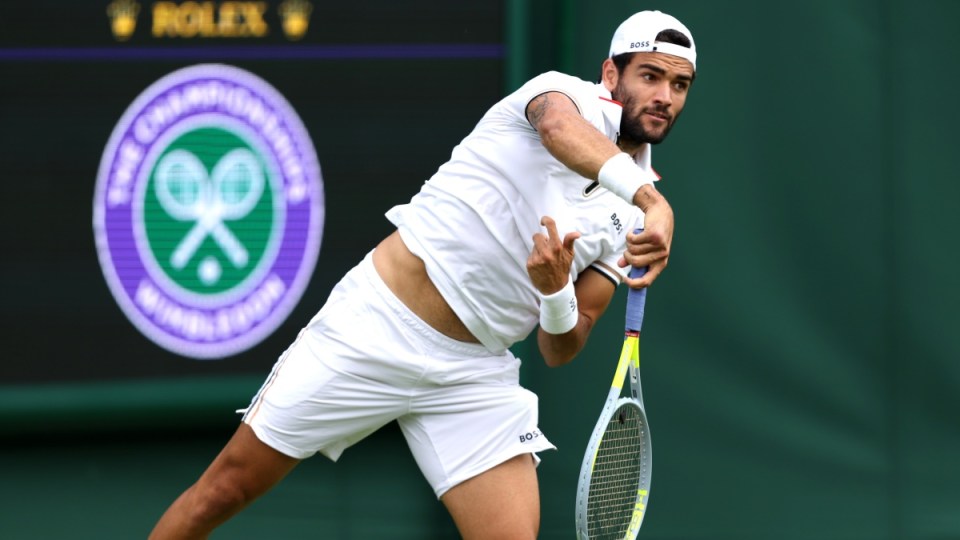 Matteo Berrettini has had to pull out of Wimbledon following a COVID-19 positive test. Photo: Getty

Last year’s Wimbledon men’s singles runner-up Matteo Berrettini has been forced to withdraw from the championships due to a positive coronavirus test.

The Italian, who has won on grass in Stuttgart and at Queen’s Club already this summer, announced the shattering news in an Instagram post.

“I am heartbroken to announce that I need to withdraw from @wimbledon due to a positive COVID-19 test result,” the world No.11 posted.

“I have had flu symptoms and been isolating the last few days.

“Despite symptoms not being severe, I decided it was important to take another test this morning to protect the health and safety of my fellow competitors and everyone else involved in the tournament.

“I have no words to describe the extreme disappointed I feel. The dream is over for this year, but I will be back stronger. Thank you for the support.”

The Australian Open semi-finalist’s Wimbledon scratching is another devastating setback for the 26-year-old who already missed a chunk of 2022 after undergoing surgery on his right hand.

He had been riding a nine-match grass-court winning streak entering the tournament and been considered Novak Djokovic’s biggest title threat at the All England Club after losing to the Serb in four sets in last year’s final.

Matteo Berrettini ruled out of Wimbledon with COVID-19