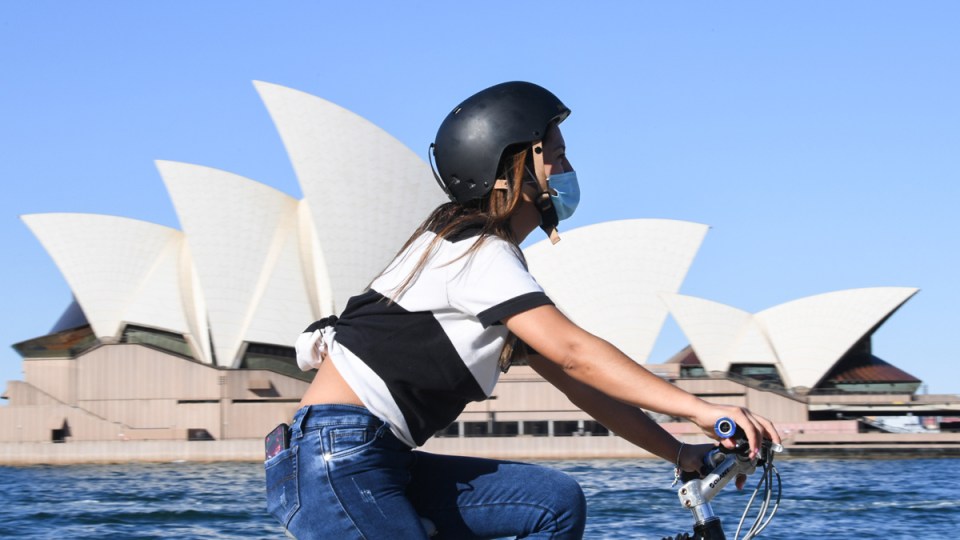 COVID-19 cases are on the rise across Australia, particularly for the latest Omicron subvariant.

COVID-19 cases are again on the rise across Australia, with the latest Omicron sub-variant BA.4/BA.5 on track to become the major strain.

Authorities say BA.4/BA.5 represented more than 30 per cent of specimens in NSW in the week ending June 18, up from 23 per cent the previous week.

A similar patter has emerged in Queensland, while traces of BA.4/BA.5 in Victoria’s metro and regional wastewater have “risen significantly, indicating increasing transmission”, according to chief health officer Brett Sutton.

First identified in catchments in April, the variant accounts for 17 per cent of Victorian infections and is forecast to overtake BA.2 as the state’s dominant strain within weeks.

“The department of health anticipates the prevalence of BA.4/BA.5 in Victoria is likely to result in an increase in cases, including reinfections and hospital admissions,” Professor Sutton said.

“This is because the strain has a greater ability than BA.2 to evade immunity provided by vaccination and earlier COVID-19 infection.”

There is no evidence at this stage that BA.4/BA.5 causes more severe disease but authorities are “closely monitoring” its spread.

While COVID-19 case numbers have been in general decline nationally since mid-April, infections have again begun increasing in some states.

More than 200,000 infections and 300 virus-related deaths have been recorded across the country in the past week.

There are almost 230,000 active virus cases Australia-wide, the highest number since June 6.

There are also more than 3100 patients in hospital care, a level last reached in mid May.

NSW reported 40 deaths on Tuesday. However, authorities said they were notified about 26 by the Registry of Births Deaths and Marriages and it’s likely they occurred before the most recent reporting period.

Meanwhile, South Australia will close some of its mass vaccination clinics, including its largest at Wayville Showgrounds, to allow staff to return to the state’s struggling public hospitals.

At its peak, Wayville administered more than 4000 vaccines a day and has provided about 580,000 doses in the past 14 months. Its daily rate has dropped to about 100.

Health Minister Chris Picton said the closures reflected a shift of vaccine demand away from government clinics to GPs and pharmacies.