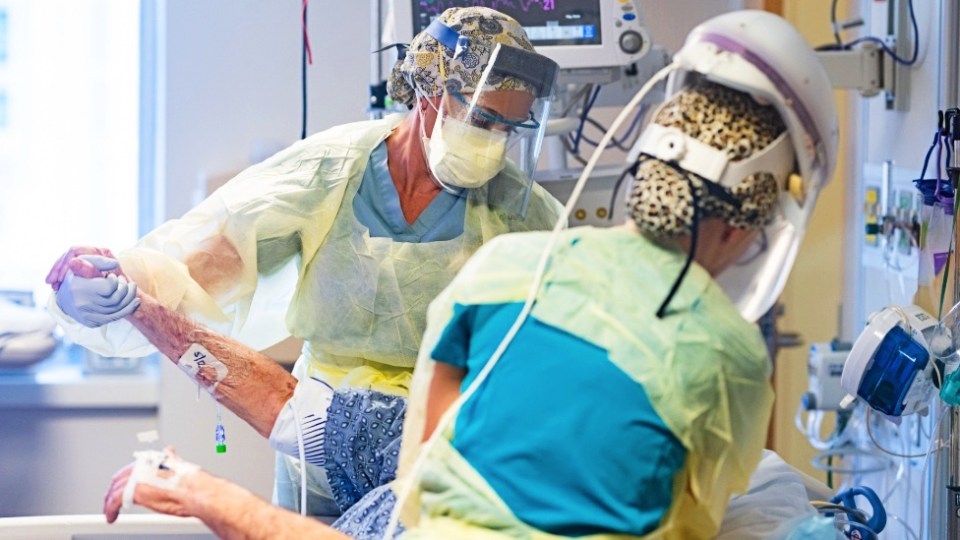 COVID-19 deaths are again on the rise, with Australia recording 88 fatalities over the weekend.

There were 3047 cases in Queensland and two deaths, 7100 infections and seven deaths in Western Australia and one death in Tasmania.

This follows the nation having reported 58 deaths in total on Saturday along with almost 34,000 cases.

Australia’s active virus caseload is almost 305,000, with more than 2700 patients recovering in hospitals.

Elsewhere, almost 600,000 Victorians have lodged pandemic rebate claims for pottery classes, museum exhibitions, winery lunches and other events in the month since they were offered.

More than a quarter of the applications have been for the theatre and performing arts, with Hamilton and Harry Potter and the Cursed Child most popular, says Tourism Minister Martin Pakula.

Cinema purchases accounted for 26 per cent of claims, while live music also featured prominently with 13 per cent of customers claiming for gigs.

The Victorian government launched the scheme on March 29.

“We are encouraging Victorians to take up this fantastic opportunity to get out, grab dinner, see a show and support some of the local businesses hardest-hit by the pandemic,” Mr Pakula said.

Meanwhile, the effect of COVID-19 on children’s education is not over, one of Australia’s leading charities warns.

A survey from the Smith Family has found one in two parents and carers feel the pandemic is still making learning difficult for their children.

Roughly three-quarters of parents and carers worry about their children’s future schoolwork and have struggled to help them during the pandemic.

Two-thirds say the virus has made it hard to start school this year.

The report comes as the charity kicks off its latest winter appeal, hoping to raise $5.4 million nationally to support 12,000 students through mentoring and after school programs.

COVID continues to claim scores of Australian lives every day