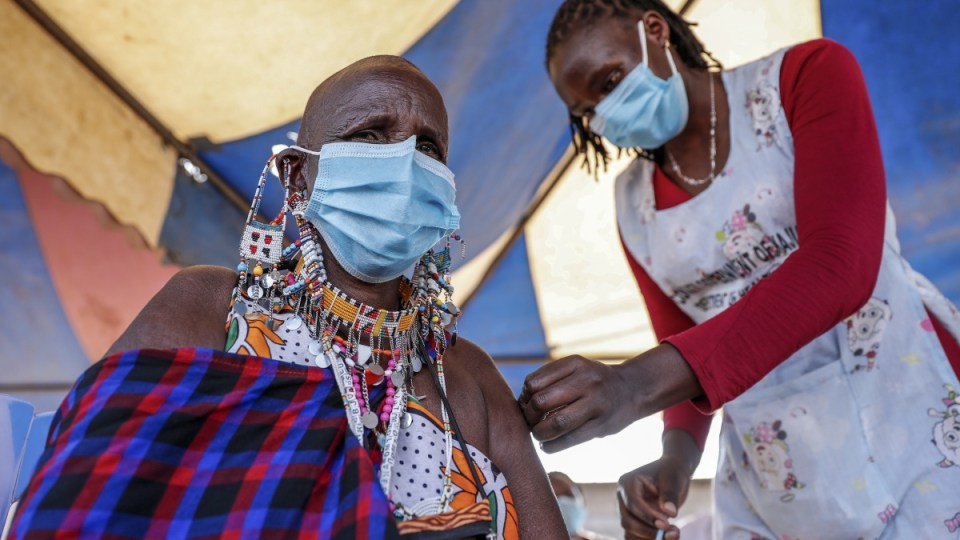 Eleven countries in Africa are in a fifth wave of COVID-19 infections. Photo: AP

COVID-19 infections are on the rise in Africa but are becoming less and less fatal, an Africa CDC official says.

But the “saving grace” was that the number of deaths over a similar period was lower.

South Africa in particular was responsible for the 38 per cent increase in COVID-19 infection numbers on the continent, he said. In contrast, deaths fell 59 per cent during the same period.

Across Africa, 11.4 million infections and about 252,000 deaths have been recorded so far since the start of the pandemic.

Experts say the number of unreported infections on the continent with its 1.3 billion people is likely to be high.

Eleven countries on the continent are in a fifth wave of infection, with Mauritius in its sixth, Mr Ogwell said.

Africa has now procured 784 million vaccine doses, but only about 17 per cent of the population in Africa has been fully vaccinated against coronavirus.

Mr Ogwell called for more vaccine doses to be purchased on the continent.

Referring to reports of an impending closure of Aspen Pharmacare’s manufacturing facility in South Africa due to lack of sufficient demand, he said: “We hope it doesn’t come to that … we have a market in Africa.”

‘An outlet to express ourselves’: How skaters are shredding those ugly stereotypes
Why China’s strict COVID response threatens more supply issues and possible inflation
Today's Stories