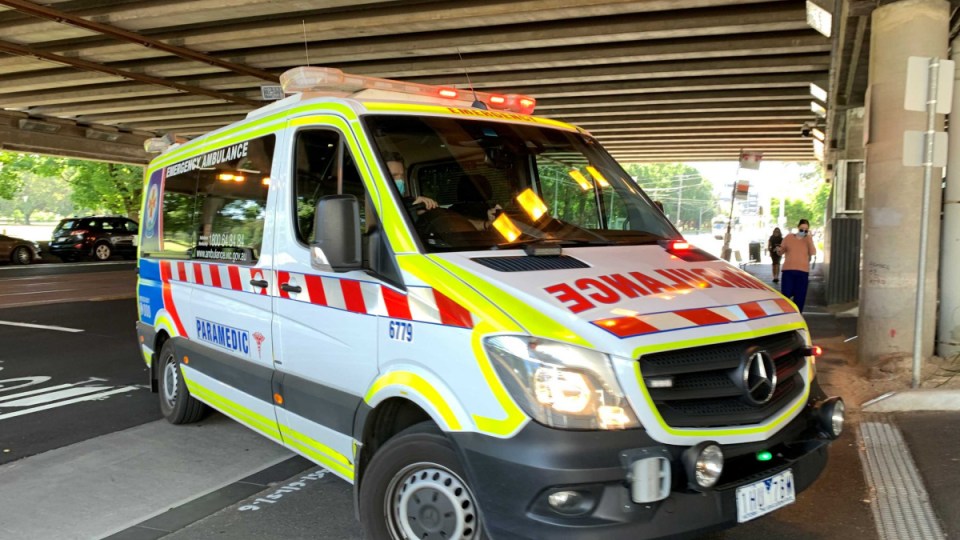 Ambulance Victoria is mounting a recruitment drive to cope with the overload of emergency calls.Photo: AAP

Ambulance Victoria is fast-tracking a recruitment campaign to confront the stress stemming from thousands of new COVID cases that have seen emergency calls break new records.

With the latest daily numbers showing a further 15 COVID-related deaths, in Victoria, South Australia and NSW, and almost 29,000 new virus cases, the pressure on paramedics and emergency wards shows no sign of easing.

NSW reported more than 9000 infections on Sunday along with five deaths, while there were 7654 new cases in Victoria and seven fatalities.

Nationwide there are currently more than 330,000 active cases. Almost 3200 patients are in hospital with about 145 in intensive care.

Between January and March this year, Victoria’s ambulances were called to 93,234 emergency cases, breaking the record set the previous quarter and making it the busiest period in the state’s history.

“This recruitment drive continues … to help get more ambulances on the road and to patients quicker,” acting chief executive Libby Murphy said on Saturday.

“Our lives may be returning to normal but the extraordinary strain on our hardworking paramedics and the entire health system persists.”

Some 48 COVID-19 deaths and almost 39,000 new cases were reported across Australia on Saturday.

NSW announced 11,709 cases and 20 deaths, Victoria 9064 cases and 19 deaths, although officials said 11 of them were accumulated over several days.

Meanwhile two non-COVID hospital wards in Tasmania have closed after positive patients were detected in one at Hobart’s Repatriation Hospital and another at Royal Hobart Hospital.

The impacted wards are closed to non-COVID admissions and visitors until further notice, except on compassionate grounds, while contact tracing is undertaken.

But workplace vaccination mandates remain, meaning the unvaccinated are still banned in most industries.