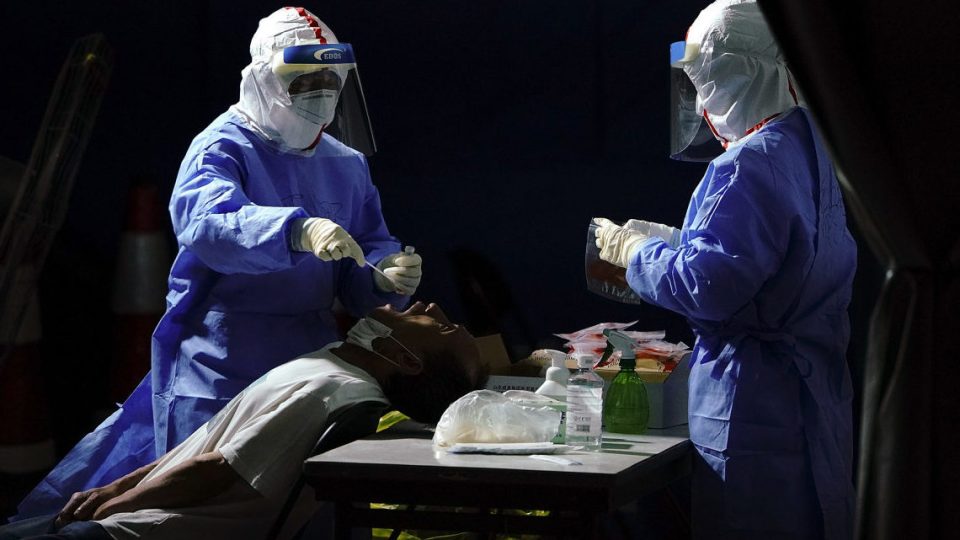 Mass testing and proof of vaccination are once again shaping daily life in China's capital.Photo: AAP

Anti-COVID policies that have seen sections of Shanghai locked down for more than a month could be repeated Beijing, where a wave of infections is being reported as a five-day national holiday begins.

Authorities on Saturday evening announced a slather of initial measures to control the outbreak, which include a ban on eating in restaurants, with only takeaway allowed from May 1 to at least May 4.

Residents will also need proof of a recent negative COVID-19 test to visit public spaces and most shops.

Health authorities on Sunday said they had registered 59 new infections in Beijing. In total, over 300 people were infected with the virus during the latest wave of infections in the capital.

Despite the low number of cases in Beijing, fears were rife that the Chinese capital could also go into a partial or full lockdown, similar to one Shanghai is currently experiencing.

Several neighbourhoods in the teeming metropolis have been sealed off since late April. Their residents cannot leave the area.

According to media reports, authorities recently completed setting up a new field hospital for asymptomatic COVID-19 cases or people experiencing mild symptoms with around 4,000 beds.

Experts pointed out that, unlike Shanghai, Beijing has intervened early and tested, which should help get the outbreak under control.

Shanghai is at the centre of the biggest coronavirus wave in China since the outbreak of the pandemic more than two years ago.

With mass testing, quarantine and curfews, the government of the world’s most populous country is pursuing a strict zero-COVID strategy, which is being severely tested by the particularly contagious Omicron variant.

However, Beijing says it won’t consider relaxing its policies.