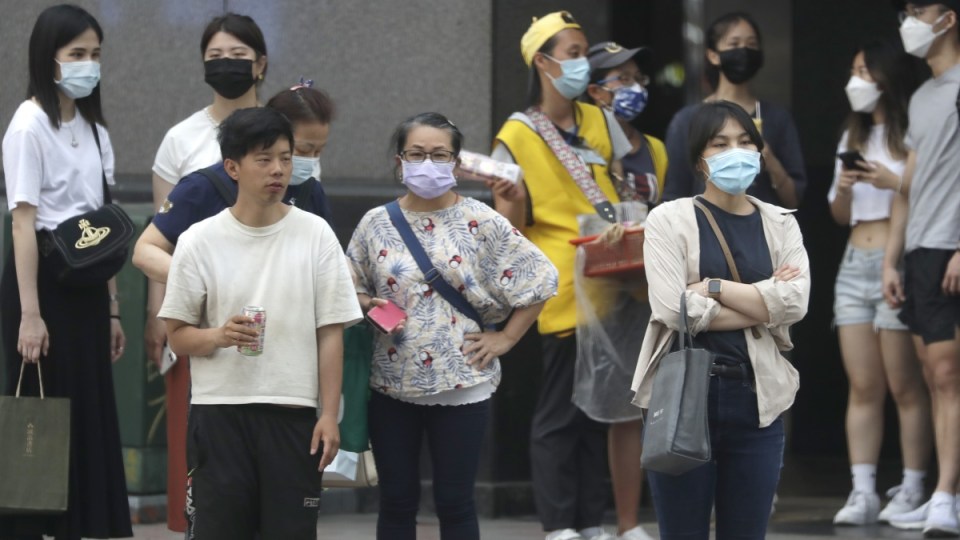 Taiwanese experts are worried about the five million people who have not been fully vaccinated. Photo: AP

Taiwan, which had been living mostly free of COVID-19, is now facing its worst outbreak since the beginning of the pandemic.

More than 11,000 new cases were reported on Thursday.

Cases have been on the upswing since late March. In April, the island’s central authorities announced they would no longer maintain a “zero-COVID” policy like the Chinese government’s in which they would centrally quarantine positive cases.

Instead, the government is asking people to quarantine at home if they test positive, unless they show moderate to severe symptoms.

Chen Shih-chung, the island’s health minister, announced on Thursday they had found 11,353 new cases, along with two deaths. During the daily press briefing held by the Central Epidemic Command Centre, he said 99.7 per cent of the cases in the current outbreak either had no symptoms or had mild symptoms.

Most of Taiwan’s 858 deaths came from summer 2021. Until this month, it had been the island’s one major outbreak in the pandemic.

Taiwan has been relatively lucky throughout the pandemic, but also has maintained strict border controls with a two-week quarantine on arrival required for all visitors.

Domestically, mask wearing is universal both outdoors and indoors. Masks are legally required on public transport and in places such as shops and theatres.

In the past few weeks, as cases have ratcheted up, people scrambled to buy rapid antigen tests with stores selling out in just a few hours. Convenience stores across Taipei were unsure where their next delivery would come from.

Difficulty buying rapid tests is likely due in part to the government’s belief throughout the pandemic that there are few benefits to mass testing. The health minister last year said that public funds and medical resources could better be used elsewhere.

Experts are worried about the five million people who have not been fully vaccinated.