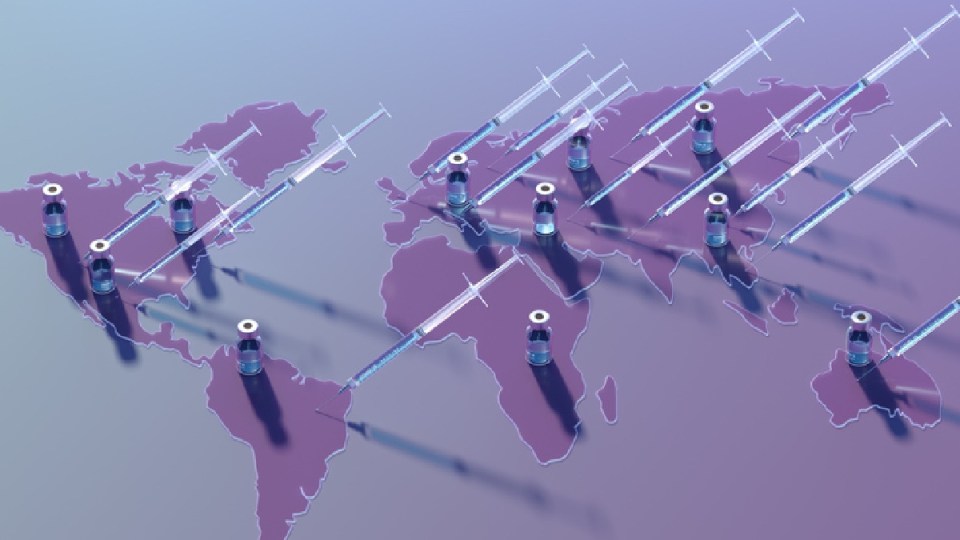 The UN has called for a faster spread of vaccines to bring an end to the COVID-19 pandemic. Photo: TND

The UN has called for a faster spread of vaccines to bring an end to the COVID-19 pandemic.

The number of countries where 10 per cent or less of the population has been vaccinated against the virus has dropped from 34 to 18 since January, but the official spearheading global vaccination efforts has called for accelerated progress.

Assistant Secretary-General Ted Chaiban told the UN Security Council that with more than six million lives lost to COVID-19 and in excess of one million new infections reported to the World Health Organization in the last 24 hours, it is urgent to increase vaccinations in countries where it was not possible to boost rates in 2021.

“The next six months are critical,” he said.

“In 2022, we must take the rapid action needed to accelerate vaccination. The window of opportunity is gradually closing. We risk losing the momentum and failing on vaccine equity.”

Mr Chaiban said more than 11.1 billion doses of vaccines have been administered globally, and 124 of the 194 WHO member nations have vaccinated more than 40 per cent of their populations.

More than 50 countries have reached more than 70 per cent, however in low-income countries the rate is only 11 per cent, he said.

In WHO’s Africa region, 83 per cent of people remain unvaccinated, and in its eastern Mediterranean region, which includes Afghanistan, 51 per cent have yet to receive a first jab.

UN Secretary-General Antonio Guterres in February appointed Mr Chaiban, a senior official at UNICEF, to lead a UN team to ensure an effective global response to the pandemic and help close the gap in vaccine availability and distribution.

Mr Chaiban said a just-ended campaign in Ethiopia increased vaccination coverage from four per cent in January to more than 20 per cent, including in some conflict-affected areas.

In the Central African Republic, he said, strong community engagement has led to almost 19 per cent of the population being vaccinated.

Doctor Esperanza Martinez, a senior adviser to the director-general of the International Committee of the Red Cross, said vaccinations and other health-related activities “are incredibly difficult to carry out” in conflict-affected areas.

“The good news is that as the supply of vaccine doses grows, the potential to get jabs in arms grows, too,” she said.

To achieve this, Ms Martinez said, the Security Council should ensure international humanitarian law requiring the protection of health workers and facilities is respected.

She said community involvement in vaccination activities is key to gaining public trust.

“We have seen vaccines expire on airport tarmacs in Afghanistan, Nigeria, South Sudan and several other places,” Martinez said.

“Some of these vaccines were wasted because they arrived with too short an expiry date, others because the receiving country’s health systems were not ready to distribute them.”

Morrison’s whistle-stops span the nation, but five MPs were left to fight their own battles
US and China at odds over Shanghai’s strict anti-COVID measures
Today's Stories