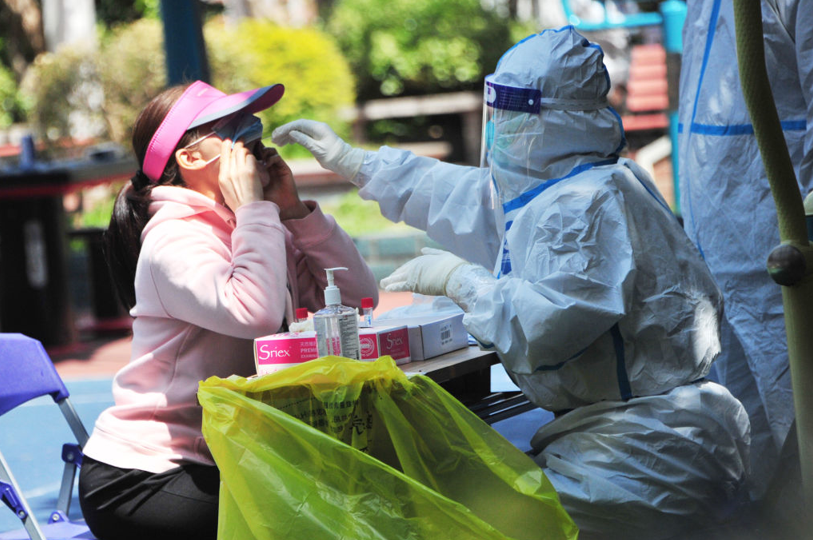 The US State Department said on Friday non-emergency staff at its Shanghai consulate and families of US employees could leave due to a surge in COVID-19 cases and the tough virus restrictions in the city.

“We express strong dissatisfaction and firm opposition to the groundless accusations against China’s pandemic prevention policy from the US in its statement, and have lodged solemn representations,” foreign ministry spokesman Zhao Lijian said in a statement.

Shanghai is fighting China’s worst COVID-19 outbreak since the virus first emerged in Wuhan in late 2019, with almost 25,000 new local cases reported on Sunday for the previous day.

While those case numbers are small by global standards, Shanghai’s curbs to battle the outbreak have squeezed supplies of food and other essential goods for the city of 26 million, with residents also raising concerns about access to medical care.

The most controversial of Shanghai’s practices had been separating COVID-positive children from their parents. Authorities have since made some concessions.

“Ambassador (Nicholas) Burns and other Department and Mission officials have raised our concerns regarding the outbreak and the PRC’s control measures directly with PRC officials,” a US embassy official said in a statement on Saturday, referring to the People’s Republic of China.

“We have informed them about the voluntary departure decision,” the statement said.

Friday’s advisory said US citizens should reconsider travel to China “due to arbitrary enforcement of local laws and COVID-19 restrictions”.

The advisory also warned Americans from travelling to Hong Kong, Jilin province or Shanghai, citing a risk of parents and children being separated.

China’s foreign ministry said on Saturday that the country’s pandemic prevention and control is “scientific and effective”, adding the government had assisted foreign diplomatic personnel as much as possible.