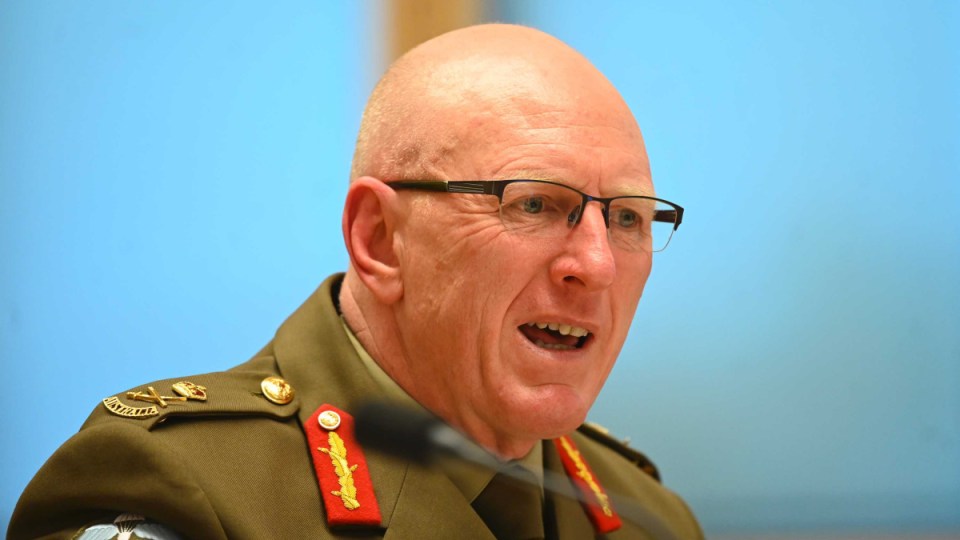 More than 14,000 winter booster doses have been administered since the rollout began this week.

The rollout of the fourth COVID-19 vaccine dose, or second booster, to elderly and vulnerable Australians began on Monday, ahead of a predicted surge in infections during winter.

The head of Australia’s vaccine rollout, Lieutenant General John Frewen, told a Senate estimates hearing on Wednesday there had been 14,300 winter booster doses given in just the first two days.

There were 6600 doses administered on Monday, with a further 7700 given out on Tuesday.

However, Lt Gen Frewen told the hearing that more people over 65 had already received their fourth dose before the Monday rollout due to being immunocompromised and needing an additional dose in their initial course.

It comes as the rollout head said more than one in 10 people were overdue for their first booster shot.

Estimates was told more than 11 per cent of the eligible population had yet to receive their third dose.

Lt Gen Frewen said there had been a range of reasons why some people were shunning the booster take-up.

“It comes (down) to people no longer as fearful of Omicron as they were with previous variants. People have had it and have moved on and thought no big deal.”

Lieutenant-General John Frewen, said Australia was ranked 22nd out of OECD countries for the booster rollout.

He told estimates the rate was due to the booster rollout starting later than other countries and other nations using different metrics for the rollout.

“Originally we were much lower down the OECD rankings for two doses, and as our rollout has proceeded, we’ve climbed right to the heights,” Lt Gen Frewen said.

“We will see that through the booster program as well.”

Despite the potential for a surge in COVID cases in winter thanks to new variants, chief medical officer Paul Kelly said Australia was in a good position to handle it.

“While there may be challenges ahead, I see no reason why, even with the easing of restrictions, the strong position in Australia will not likely change over the winter months,” he said.

While Prof Kelly said the threat of a new variant was a possibility, Australia would be prepared to handle the situation.

“Work is well under way in all states and territories … to prepare our healthcare system for the likely co-circulation of COVID-19 and influenza,” he said.

“The general principle will be to move away from reducing COVID-19 transmission to protecting people at higher risk of developing severe disease, essentially reducing harm.”