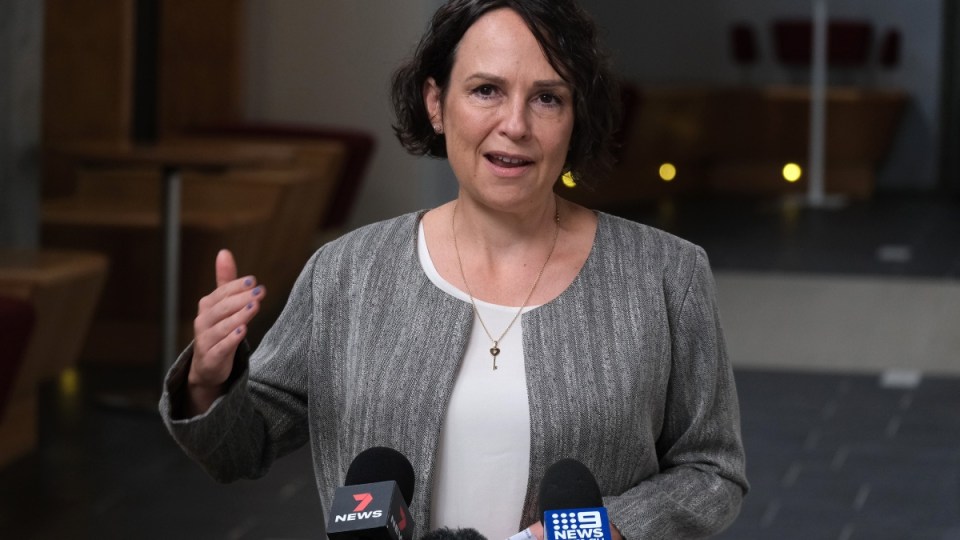 Victorian minister Jaala Pulford has hit back at calls for the removal of COVID close-contact rules. Photo: AAP

The Victorian government has swatted away calls to wind back COVID-19 isolation rules for close contacts without the backing of health experts.

It came after Richmond AFL coach Damien Hardwick made a direct plea to Premier Daniel Andrews on Sunday after livewire Sydney Stack was withdrawn from the Tigers’ VFL side because of the edict.

“If we could just get rid of the close-contact rule, Dan, that would be terrific,” he said after his AFL team suffered a 33-point loss to St Kilda.

“[It would] make everyone’s life a hell of a lot easier.”

Hardwick’s stance is at odds with the AFL, which reiterated it would be led by state governments on COVID-19 protocols.

It also came as COVID cases continue to surge across Australia. By Monday, the number of active cases nationwide had topped 500,000 for the first time since late January, when the initial summer Omicron wave receded.

Millions of Australians became eligible for fourth vaccine doses on Monday, as a COVID booster program began for those considered most vulnerable. They include people aged 65 and older, Indigenous Australians aged at least 50, disability care residents and the immunocompromised.

“There’s a lot of [COVID-19] about in the community at the moment,” Ms Pulford said on Monday.

She said Hardwick was entitled to his view, but the state government would continue to rely on the advice of health experts.

But Hardwick’s view was echoed by Prime Minister Scott Morrison, who continued his unofficial election campaign in Melbourne on Monday. He reiterated his belief that a week of isolation had become “redundant” for close contacts.

“Ultimately that is a decision for the Premier. It is premiers who decide to shut cities down or open them up, not the Commonwealth government,” he said.

The Australian Health Protection Principal Committee last week flagged quarantine for close contacts could be replaced with other measures following the peak of the current sub-variant Omicron wave.

It warned “removing quarantine at this time may lead to higher caseloads and a reduced capacity for the health system to provide some acute and elective services”.

Prior to the recommendation, Victorian Opposition Leader Matthew Guy also criticised close contact isolation rules after he was forced into seven-day quarantine following a positive test for his nine-year-old son.

Opposition health spokeswoman Georgie Crozier said he was yet to test positive and would return to parliament on Tuesday.

“This is an issue that Daniel Andrews and others need to look at. It’s having massive impacts on our community, families, business and Victoria’s ability to rebuild,” she said.

After testing positive to the virus a week ago, Mr Andrews was freed from isolation on Monday but opted to work from home.

Victoria had 10,011 more COVID infections and one death on Monday, with 305 patients in hospital including 17 in intensive care.

The latest data for other states:

Northern Territory: 304 cases, no deaths, 14 in hospital, one in ICU