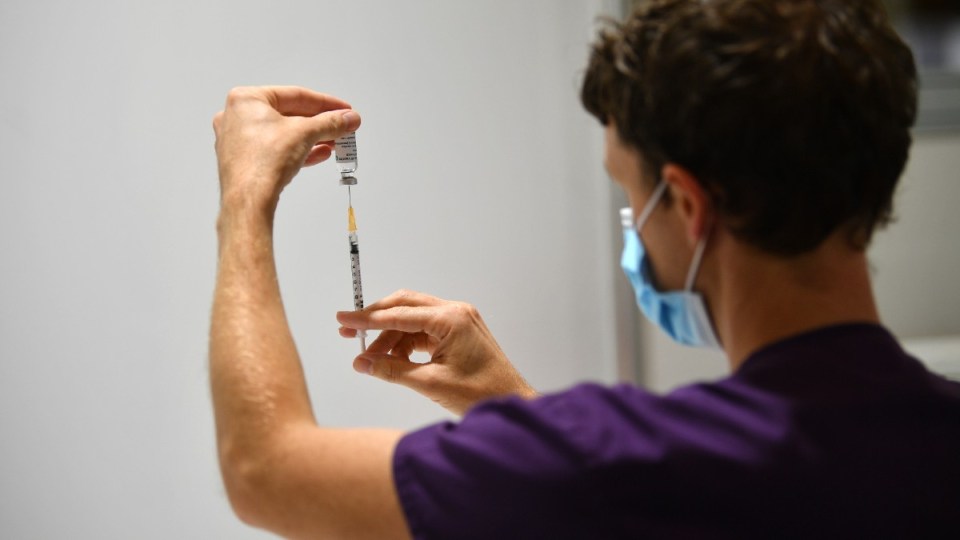 The first doses of the second round of boosters are reserved for the most vulnerable.Photo: Getty

Less than five per cent of people eligible to receive a winter booster shot will be able to get their fourth dose when the rollout begins next week.

From Monday, older and vulnerable Australians will be able to receive a second COVID-19 booster, ahead of a predicted surge of infections during the upcoming winter.

The groups will include those over 65, Indigenous Australians over 50, those in aged and disability care, along with immunocompromised people.

While an estimated 4.7 million people will be able to get the fourth dose, health officials told a Senate estimates hearing less than 200,000 of those will be eligible at the start of the rollout.

People can receive their second booster dose from four months after their first booster.

One health official told the hearing the eligibility in the early stages would be “relatively small”, with the bulk of people able to get theirs in May and June.

Health department secretary Dr Brendan Murphy said it was critical to help protect at-risk Australians ahead of winter, where there is expected to be a combined surge of flu and coronavirus cases.

“The single most important thing that we can do to protect people with underlying medical conditions, people with disability, people at risk of severe COVID, is to get as much vaccination – including full booster protection – as possible,” he said on Friday.

Deputy co-ordinator general Teena Blewitt told the hearing guidance had been provided to aged care facilities earlier in the week if they wanted a Commonwealth vaccine administrator to assist with the new rollout.

The rollout comes as Australia has been experiencing a spike in cases of COVID-19, linked to a new sub-variant of Omicron.

The Australian Health Protection Principal Committee said it was likely the peak of cases associated with the spike would occur in the middle of April in several jurisdictions.

The committee, made up of chief health officers from across the country, said it was considering recommending quarantine be removed for close contacts of COVID-19 cases.

In a statement, the committee said quarantine could be replaced by other measures following that peak.

The recommendation said quarantine could be replaced by frequent rapid antigen testing, mask wearing outside the house and limiting access of close contacts to high-risk settings.

“Where quarantine is required, seven days remains appropriate at this time,” the committee said.

“Removing quarantine at this time may lead to higher caseloads and a reduced capacity for the health system to provide some acute and elective services.”

More than 54,000 COVID-19 infections and 26 virus-related deaths were reported across the country on Saturday.