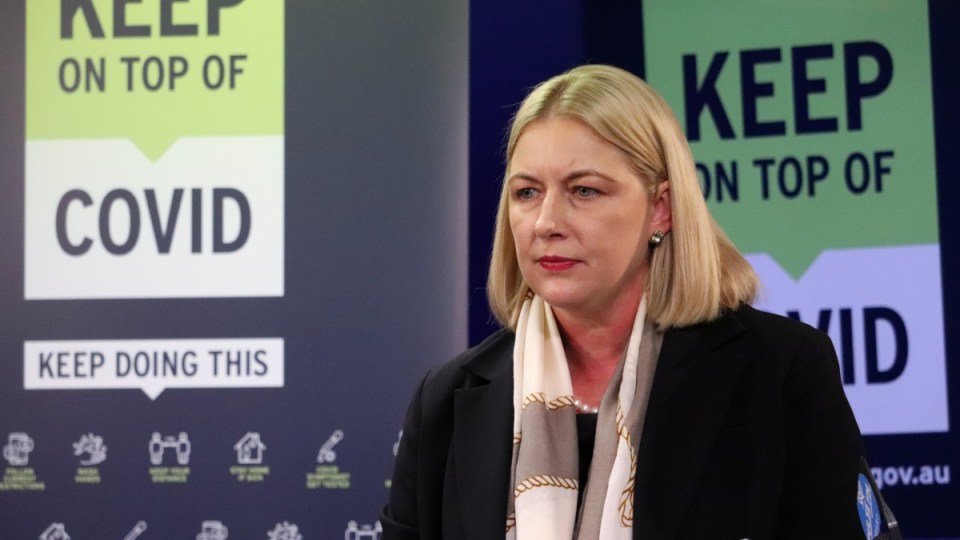 More than 100 health workers in Tasmania have been sacked for failing to comply with the state’s coronavirus vaccination mandate.

The Tasmanian government implemented the mandate from October 31, requiring healthcare staff to be “sufficiently vaccinated” against COVID-19.

“We’ve terminated over 100 staff in relation to non-compliance through this process,” State Health Commander Kathrine Morgan-Wicks told reporters on Friday.

“Noting that it’s a failure to comply with a legal public health direction.”

Tasmania’s health system is under increased strain as the state experiences a second COVID-19 wave since reopening borders in mid-December.

Documented active cases were pushed to a record high of 12,883 on Friday, with 2108 new infections reported.

New cases have been in the low-to-mid 2000s for four days in a row. The state’s daily case number had only exceeded 2000 twice before this week.

She said it was increasing operational pressures on hospitals, particularly at the Royal Hobart Hospital and the Launceston General Hospital.

“(We’re experiencing) increased wait times in emergency and some impacts on elective surgery,” she said.

She said both major hospitals could be escalated to level three of their COVID-19 management plan, which would result in a “reconfiguration” of services.

Despite the recent rise in infections, Tasmania’s hospitalisation rate remains relatively low, with 30 cases in hospital and none in intensive care.

National cabinet in mid-March indicated it was evaluating whether to end quarantine requirements for people who are close contacts of cases.

The Tasmanian Small Business Council and Tasmanian Chamber of Commerce and Industry have called on the state government to scrap close contact quarantine requirements.

“We certainly are open to that, and at the right time,” State Public Health Director Mark Veitch said.

“The risk is at the moment when there is a lot of COVID around, if you take out that measure of quarantine … you may actually make the situation worse for businesses rather than better.

“We have a fairly prolonged surge of the BA.2 strain. It’s likely that will begin to ease during April.