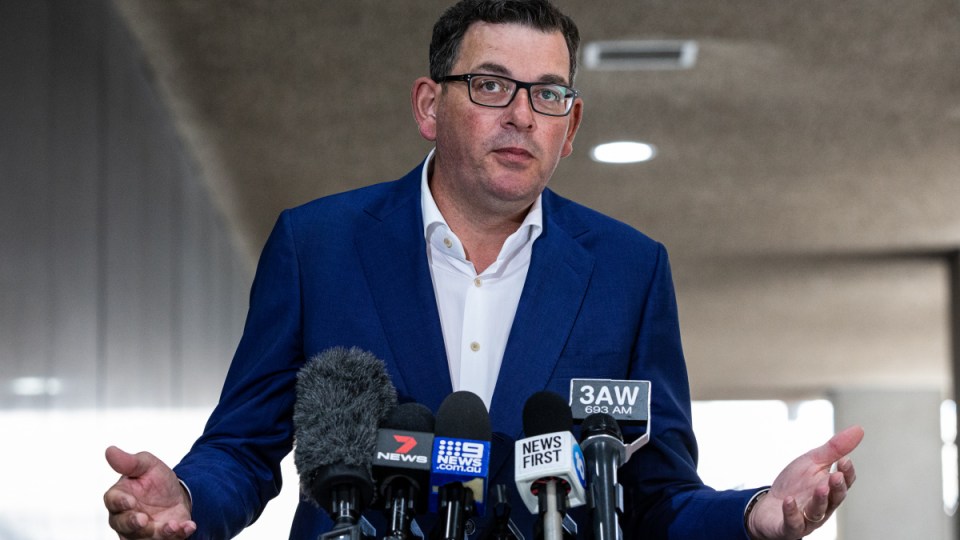 Mr Andrews confirmed his diagnosis on Monday morning, forcing him and his family into isolation for seven days.

Mr Andrews decided to take a rapid antigen test after waking up with symptoms including a sore throat and mild temperature.

“Cath and the kids are negative, but as close contacts will isolate with me for seven days. My symptoms are mild and we’re well-stocked on Panadol (sic),” Mr Andrews tweeted.

The positive result means he will not be among an expected crowd of 50,000 at the Melbourne Cricket Ground on Wednesday night to officially farewell Warne, who died of a suspected heart attack on the Thai resort island of Koh Samui this month.

His deputy James Merlino will serve as acting premier until April 4, the day before state parliament is due to sit.

While Mr Andrews rests and recovers, Opposition Leader Matthew Guy wished him and his family well.

“We may disagree politically but I certainly don’t wish him badly in any way in relation to his health. I hope he comes through OK,” he said.

Mr Andrews had attended the official opening of the Broadway musical Hamilton at Her Majesty’s Theatre in Melbourne on Thursday night with wife Catherine.

The pair were photographed wearing masks, despite them no longer being mandatory in theatres and most other settings in Victoria.

Victoria confirmed another 8739 COVID-19 cases and no more deaths on Monday – the fourth consecutive day of new infections below 10,000.

The number of COVID patients in Victorian hospitals has fallen to 252, after rising from fewer than 200 a fortnight ago.