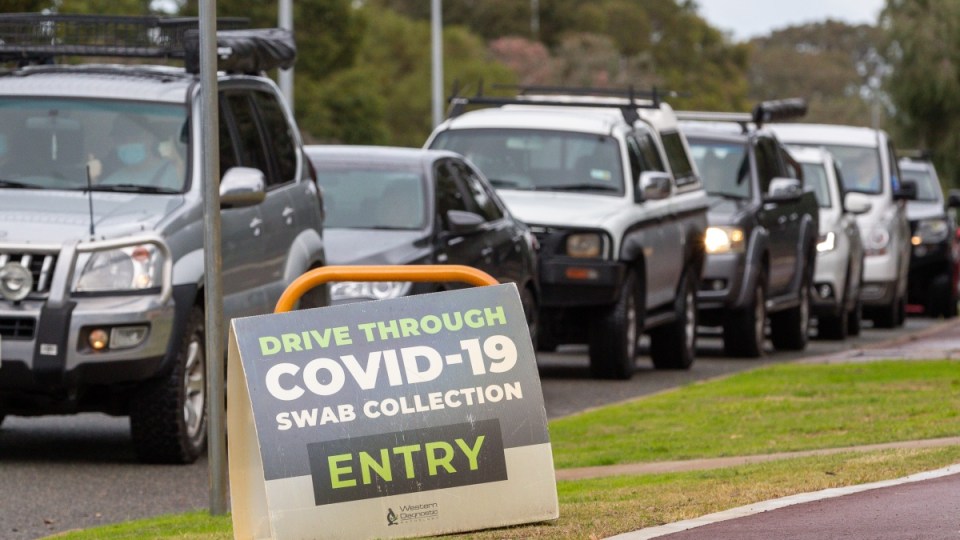 Under the new WA rules, people will still need to check in to "higher-risk" venues such as bars. Photo: AAP

More free COVID-19 tests are being rolled out across regional Western Australia as the state records a further 8133 infections and two deaths.

WA Health on Friday said two men in their 70s and 80s had died with the virus earlier in the week.

There were 209 people in hospital including 10 in intensive care.

A further 180,000 free rapid antigen tests are being distributed across regional and remote WA.

People in remote communities will receive 20 free RATs per household, which will be handed out at shopping centres and distributed by local Aboriginal organisations and members of parliament.

Other households are eligible to receive 15 free tests.

WA will unwind most level two public health measures from next Thursday, although indoor mask-wearing will remain mandatory for adults and children aged year three and above.

Hospitality venues, currently limited to 150 patrons, will be subject to a two square metre rule and limited to 500 attendees until April 14.

Up to 30 people will be allowed at indoor home gatherings and 200 at private outdoor gatherings, while major venues such as Optus Stadium can host 75 per cent of their usual capacity.

Under the new rules, people will still need to check in to “higher-risk” venues such as bars but not at supermarkets.

Mr McGowan said the government had already been moving away from contact tracing for a considerable period of time.

“There’s not a great deal of point to contact tracing at this point in time in the virus, with over 8000 cases a day. You basically need one contact tracer per person,” he told reporters in Karratha.

“The most important thing we can do is mask-wearing, being COVID-safe, making sure we have RAT testing and getting vaccination rates up. That’s the stage we’re at.”