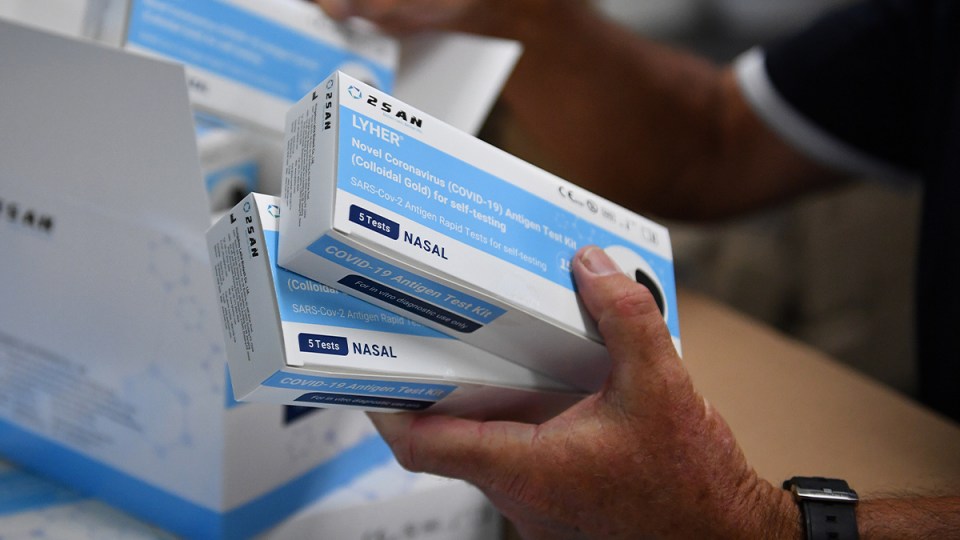 The state has recorded 6176 new infections, taking the number of active cases to 33,101.

There are 134 people with COVID-19 in hospital, including four in intensive care.

A further half a million free RATs will be distributed at train stations, shopping centres, major events, universities and TAFEs in coming weeks.

The events include Sunday’s West Coast AFL game at Optus Stadium and the Perth Wildcats’ NBL game at RAC Arena.

Free tests will also be handed out later this month in parts of regional WA including Broome, Geraldton, Albany and Bunbury, Premier Mark McGowan said in a statement on Friday.

The government has already made 15 free rapid tests available to each WA household for delivery or collection.

“As well as being one of the most highly vaccinated places in the world, Western Australians can equip themselves even further to minimise the impacts of Omicron with more free RATs to keep themselves safe and to use when they need them,” Mr McGowan said,

“We want to make sure each and every Western Australian household has the opportunity to access free RATs via the WA Free RAT Program, and can conveniently pick them up for free when they are out and about in the community.”

The premier on Thursday said WA was likely just a few days from its Omicron peak.

A decision on easing public health restrictions including venue capacity limits will be made in coming weeks, with the premier “very keen” to ease the rules.