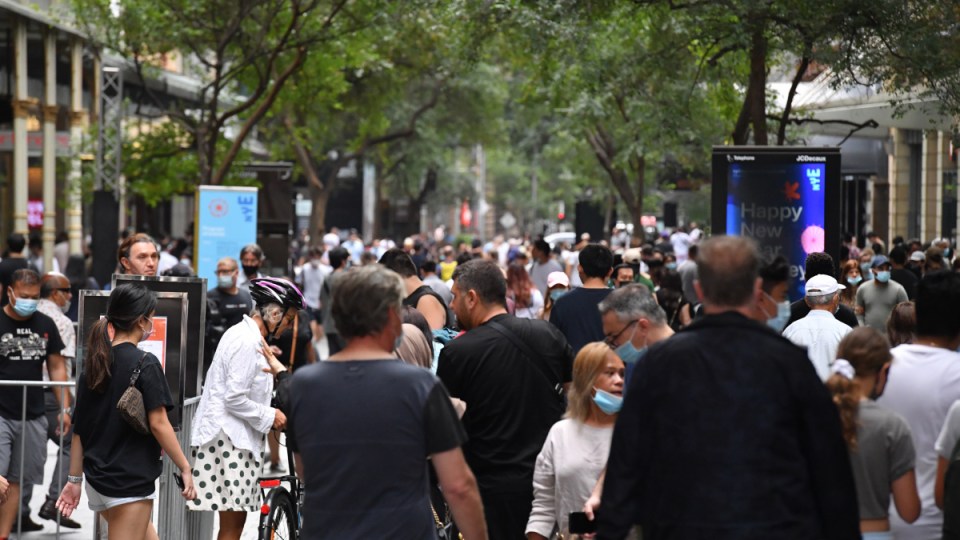 Authorities are warning NSW is on the cusp of a surge of coronavirus cases. Photo: AAP

More than 2000 people with COVID-19 have died in NSW since the pandemic began, as the state records more than 20,000 new cases of the virus.

Authorities are warning the state is on the cusp of a surge not seen since the Omicron wave hit hard in summer.

However, that figure was artificially inflated by a data glitch that included about 10,000 unreported rapid antigen tests from Sunday and Monday.

The previous day’s tally was 10,689 after the state recorded successive weeks of numbers under that benchmark.

Health Minister Brad Hazzard is warning cases are expected to double next month as the new highly transmissible Omicron sub-variant BA2 takes off.

Apart from Wednesday’s glitch, the latest daily tally is the highest since January 23, when 20,324 cases were recorded.

Mr Hazzard says the same researchers who correctly predicted the Omicron summer surge are forecasting another wave of cases fuelled by the BA2, that will peak next month.

Acting Chief Health Officer Marianne Gale says BA2 will be “by far the dominant strain in NSW” within weeks.

Mr Hazzard says the system remains under strain, with more than 2000 NSW Health staff forced to isolate with COVID-19.

He remains concerned that around two million eligible people are yet to receive their crucial booster vaccine.

NSW Health reports 57.6 per cent of adults have now received a third dose of a vaccine — that’s 61.5 per cent of the eligible population.

Five women died from the virus on Wednesday.

There are 1036 COVID-19 patients in hospital, including 34 people in intensive care and 17 of them require ventilation.

Former AMA president Kerryn Phelps is also warning against COVID complacency, stressing the medium-and long-term affects of the virus can be serious.

“There’s this crazy notion out there that the pandemic’s over … the pandemic is not over,” she told Sydney radio 2GB on Thursday.

“We need to be looking beyond deaths and hospitalisations.

“We are only now after two years starting to understand what the short to long medium term implications are for some people.”

While children might only have mild symptoms, the disease has unknown implications for their cognitive development.

“We are seeing children with long COVID, people of all ages who are developing fatigue, generalised pain, brain fog and other disabilities,” she said.

WHO calls for ‘urgent action’ to reverse escalating monkeypox outbreak as cases triple in Europe
As the booster rollout ramps up, new COVID variants call for new vaccines
Today's Stories