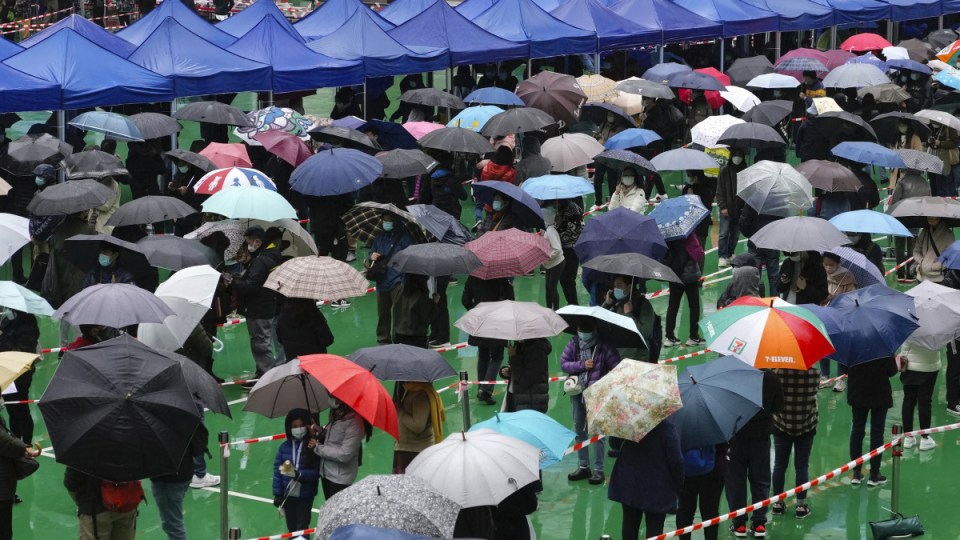 Hong Kongers brave the rain to line up for their tests and jabs.Photo: AP

The global financial hub has reported more than 600,000 infections and  3100 deaths – most of those in the past two weeks – with Hong Kong leader Carrie Lam saying the vaccination program will target the elderly and children.

“Over 90 per cent of the deaths were those who had not been fully vaccinated. We need to catch up and vaccinate every Hong Kong citizen,” Lam told a daily news briefing on Friday on how her government was managing the virus.

Hong Kong reported the most deaths globally in the week to March 9, according to data publication Our World in Data, most have been unvaccinated senior citizens.

Until this year the Chinese controlled hub had an enviable track record of controlling the virus due to stringent measures as part of its “zero covid” approach, which like mainland China seeks to curb all outbreaks as soon as they occur.

However, many residents in the former British colony chose to remain unvaccinated for most of 2021, due to the minimal number of infections and fear of side effects, particularly among the elderly population.

While there has been a rapid pick up in vaccinations – more than 90 per cent of the population have now had at least one dose, rates among the more vulnerable elderly have lagged the rapid spread of the Omicron variant in the city.

Only just over 53 per cent of those over 80 years old are vaccinated, according to government data.

Lam said her government was shifting its approach to target the elderly with more medical resources in its drive to combat the virus after a senior Chinese official said Hong Kong needed to prioritise reducing deaths.

The government had previously focused on identifying, treating and isolating each infection even if they were mild or asymptomatic cases. It was also planning to hold a mass testing scheme for the city’s 7.4 million residents in March.

Hospitals, morgues and isolation centres are overflowing while some supermarkets and grocery stores still have shelves empty nearly two weeks after residents started panic buying in fear over a potential city-wide lockdown. 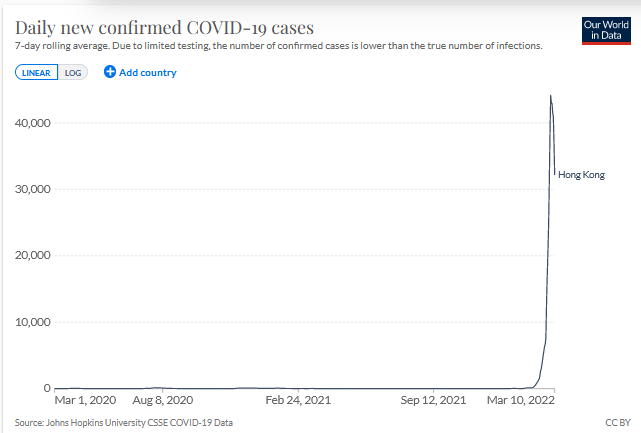 Many residents have been frustrated and anxious at what they see about constant changes to the government’s policy.

Lam said her administration was managing the outbreak as best as possible with the policy changes made in order to achieve “the objectives of safety and health”.

“This is an unprecedented situation, in terms of responding to an epidemic of this magnitude, it has outgrown the capacity of the Hong Kong government.”