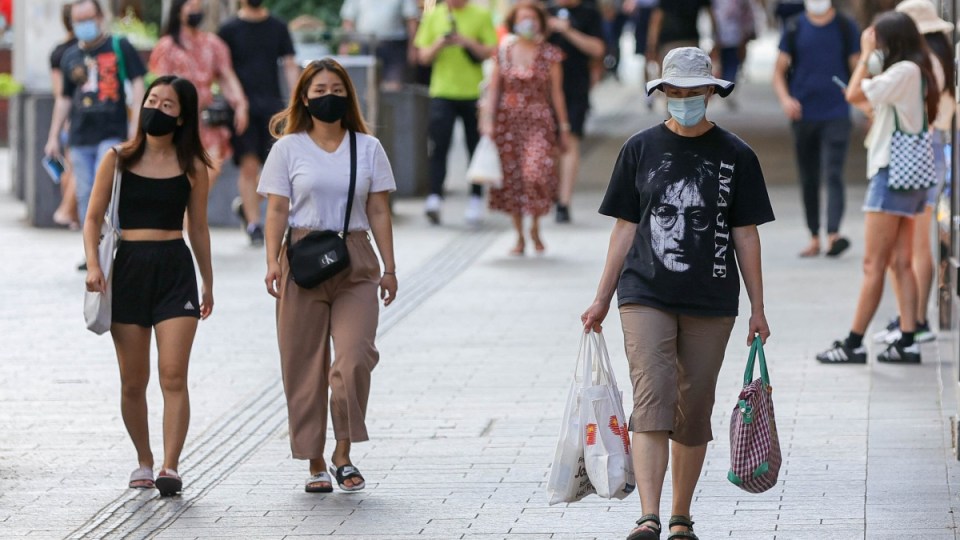 The Queensland premier says the state is “coming off the wave” of COVID-19 with five deaths and 4571 news cases in its latest reporting period, as the auditor-general probes the Wellcamp quarantine facility.

The new virus infections emerged after 10,912 tests across Queensland in the 24 hours to 6.30am on Thursday.

There are 252 patients being treated for COVID-19 in hospital and another 17 in intensive care, with Premier Annastacia Palaszczuk saying both numbers are falling despite the recent floods in the state’s southeast.

“That means we are coming off the wave,” she told reporters on Thursday.

“That does not mean that COVID is not out there, and it’s not having an impact on people and some people are ending up in hospital and tragically some people are losing their lives.”

Meanwhile, Auditor-General Brendan Worrall says he will investigate the setting up of the Wellcamp quarantine facility after a request from Liberal National Party finance spokesman Jarrod Bleijie.

The government has revealed it paid Wagner Corporation $48.8 million to build the 1000-bed camp near Toowoomba, but they have refused to reveal how much they are forking out to lease it back from the company, or the details of the tender process.

“I have decided to obtain more information about this project from the relevant government departments,” Mr Worrall wrote in a letter to Mr Bleijie, seen by AAP.

“This will include identifying the various costs, understanding the procurement process, and reviewing leases and other agreements including the use of confidentiality provisions.

“We will consider further actions once we have obtained and assessed this information.”

Mr Worrall said his agency will also probe whether the state government’s accounting books were accurate in relation to the Wellcamp project.

The premier welcomed the probe, saying it was normal for the auditor to conduct “random checks” on government projects.

“We have that facility now, and it is actually there for the future, the future of this state.”

Mr Bleijie said it was important for the auditor-general to investigate the use of taxpayers’ money for the facility, and said the premier and ministers must co-operate.

“If the state government is not being fully up front and continues to hide how it has spent taxpayers’ money then I encourage the Auditor-General to blow the whistle,” he said in a statement.

“Queenslanders deserve to know how their money is being spent at Wellcamp.”

Queensland only revealed the building cost of Wellcamp after Ms Palaszczuk challenged the federal government to do the same for a similar project at Pinkenba.

The 800-bed facility near Brisbane Airport is being built jointly by the state and federal governments.