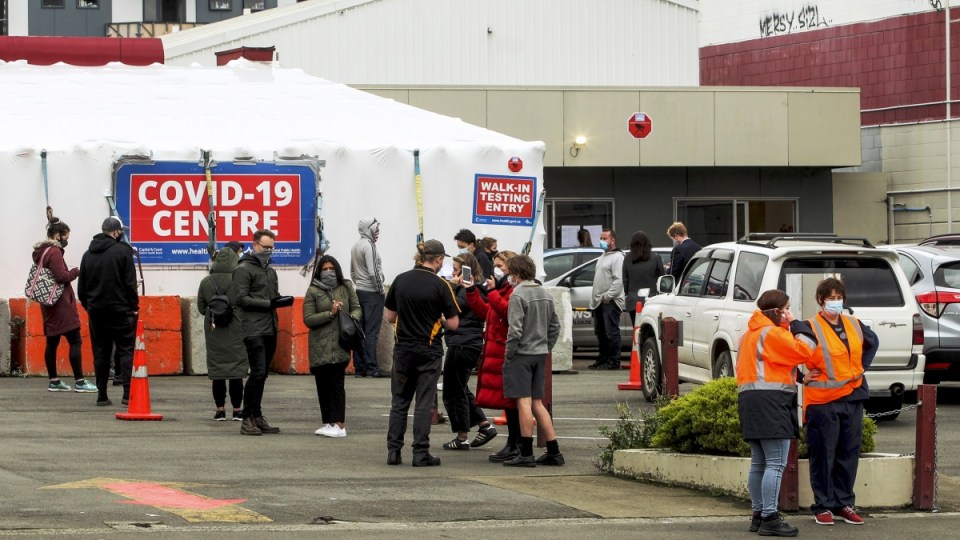 More than 95 per cent of people aged 12 and over are double-dosed in New Zealand. Photo: AAP

COVID-19 hospital admissions in New Zealand have risen for the 25th straight day as the Omicron variant continues to spread across the country.

On Monday, health officials reported 696 people in New Zealand’s hospitals had COVID-19, including 13 in intensive care.

Both of those figures are records, overtaking the depths of New Zealand’s Delta outbreak last year.

The Ministry of Health also announced 17,522 new community COVID-19 cases, however, there is significant doubt about over-reporting of case data.

As of last week, and in response to growing case numbers, Kiwis who take rapid antigen tests (RAT) must report their result.

Case counts have dropped since Thursday last week when a record 23,183 community cases were announced.

University of Auckland epidemiologist Rod Jackson said the reporting issue meant it was impossible to tell whether a peak had been hit.

“You can’t make anything of these numbers … we could have two to three times the (daily case) numbers,” he told Radio NZ.

“It may be coming down. It’s unlikely. It could be going up. We just don’t know. The numbers don’t help any more.”

With 192,000 active cases, almost four per cent of New Zealand’s population has recently caught the virus.