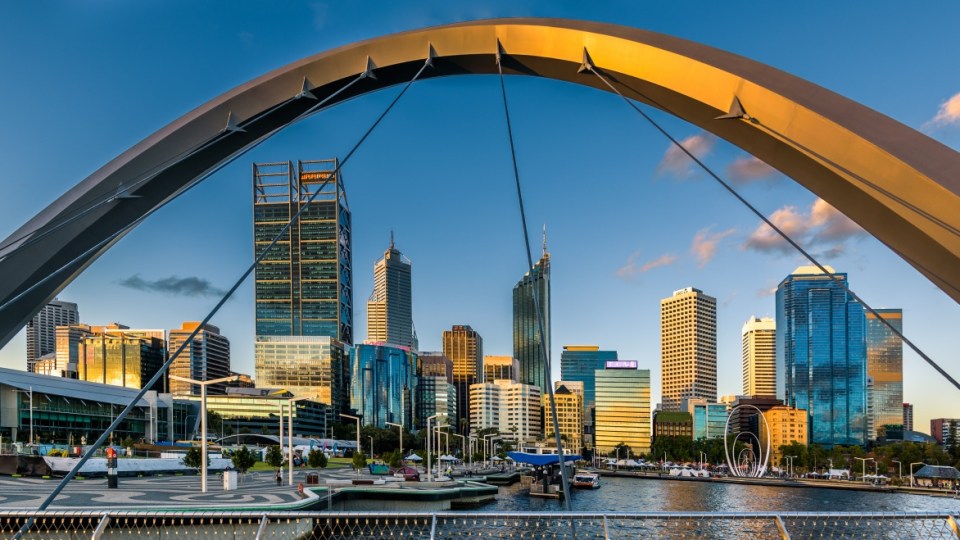 They tried to lock COVID out of Perth, but the virus still found a way in.Photo: Getty

That’s the picture painted by the latest Australia-wide  statistics charting the virus hotspots across the country, with a total of more than 22,000 new COVID-19 cases and almost one in five of those identified in WA and SA.

In total, COVID claimed a further 13 virus-related deaths on Sunday.

Health officials believe the state remains on track to replicate modelling which predicts a peak of about 10,000 daily cases in coming weeks.

The data also indicates a likely maximum of 430 hospital ward admissions although that figure currently remains stable at 26 with no patients requiring intensive care .

Chief Health Officer Andy Robertson says he expects the West’s Omicron outbreak to climax within the next 10 to 20 days and hospitalisations to follow suit about 10 days later.

In South Australia, 1688 new infections were announced on Sunday, pushing its weekly total to more than 14,000. The past seven days have also seen 14 virus-related deaths including two reported on Saturday.

Vaccine mandates will cease for the state’s police force from Monday, clearing the way for officers who refused to get jabbed against COVID-19 to return to work.

Commissioner Grant Stevens says he is confident the risks to officers and community members can be managed without the need for unvaccinated staff to be furloughed.

However, those officers will be required to take a rapid antigen test before clocking on for duty and to wear masks for the duration of shifts.

The change is expected to allow about 60 officers and 18 other staff to return to work including where they might be deployed in high-risk settings such as aged care and disability facilities.

Victoria has meanwhile taken the lead on attempting to anticipate COVID’s next move, with around 1500 people awaiting booster vaccines asked to donate blood to aid research.

Innovation Minister Jaala Pulford says the project will be run by the Vaccines Collection biobank at Melbourne’s Doherty Institute, which has previously been commissioned extensively by the federal government to provide modelling.

It’s expected to offer an insight into the effectiveness of vaccines and the long-term effects of COVID-19 but also help experts prepare for new strains.

Ms Pulford says the elderly, people living with HIV, healthcare workers, those who’ve been infected with coronavirus and the immunocompromised are strongly encouraged to apply.

“This new biobank will be a key part of managing coronavirus going forward while allowing researchers to monitor the effects of vaccines and prepare for any new strains,” she said.

Victoria recorded another 5046 new infections on Sunday along with a further four deaths, NSW 8782 new cases and five deaths, one aged over 100.

Meanwhile, COVID-19 positive people arriving at NSW flood evacuation centres have been urged to notify staff, wear mask and physically distance from others.