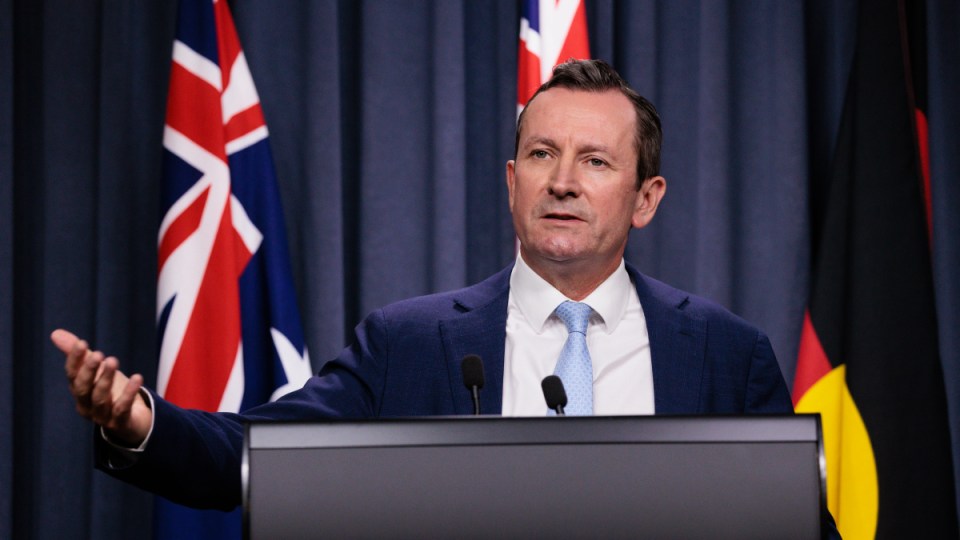 Western Australia has recorded the second death of its Omicron outbreak and more than 2400 new cases as the state’s borders finally reopen.

Premier Mark McGowan on Thursday said a person had died with COVID-19 in WA’s Great Southern region but could not confirm their age or vaccination status.

He said there were 2423 new cases and 22 people in hospital, with authorities now monitoring 8419 active infections.

Thousands of people are being reunited with loved ones after the state lifted its hard border overnight, putting an end to two years of travel restrictions.

Mr McGowan said it was a big step forward for WA but defended the strict border restrictions, saying they had enabled the state to achieve incredible health outcomes.

“Western Australians lived lives that were unimaginable in other parts of the world, largely free from the devastation inflicted by COVID-19 especially among the elderly and the immunocompromised,” he told reporters.

The premier said he had “no intention whatsoever” of again sealing off the state but could not promise he would never reinstate border controls.

“You can never guarantee these things,” he said.

“Obviously if another strain comes along that is deadly or a different illness comes along or something of that nature, no government can guarantee that.

“I’ll just remind you all the Commonwealth government put in place a border around Australia as well and every state in Australia actually, at one point in time or another, had borders in place.”

He said WA offered incredible and unique experiences and was “one of the strongest, safest places to holiday in the world right now with one of the highest vaccination rates.”

Tourism Council WA chief executive Evan Hall said the impact of two years of border closures would continue to be felt by the tourism industry.

“It is going to take time and support for the industry to recover the jobs lost, reputations damaged, and economic diversity,” Mr Hall said.

WA’s Chamber of Commerce and Industry said it was time for the state to look forward.

“It is critical that WA strongly signals to the world that the era of unpredictable border closures, snap lockdowns and uncertainty are behind us,” chief economist Aaron Morey said.

“That will ensure we have the best opportunity to attract the world’s best and brightest talent, as well as the international investment so desperately needed to diversify our economy.”

Who was the King? How Elvis Presley devoted his life to a consuming passion
Queensland records 6479 COVID cases, six deaths
Today's Stories