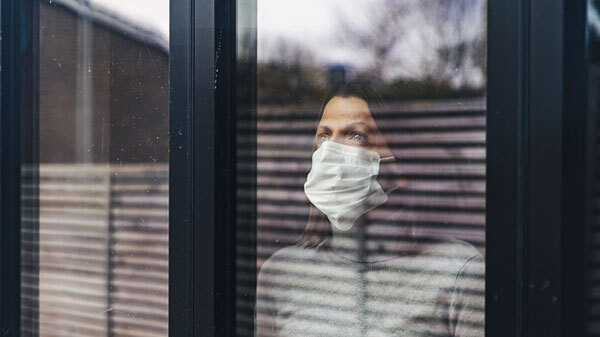 Restrictions are easing around Australia, but some immunocompromised people are anxious for what's to come. Photo: Getty

COVID-19 restrictions are gradually easing in every state around Australia, but for some immunocompromised people, living with the virus at current levels isn’t an option.

Pearl Sims, from Moreton Bay in Queensland, is not looking forward to eased restrictions next month.

By March 4, people in Queensland will no longer need to wear masks in many settings – something that happened in New South Wales, Victoria and the ACT on Friday.

Many businesses are also encouraging their staff to return to the office.

But immunocompromised people, for whom COVID-19 is a serious risk, depend on others to wear masks in many environments.

‘‘But they don’t say that people who are immunocompromised will still be wearing them.

‘‘And a lot of us who are immunocompromised, we feel like we’ve just been thrown under the bus.’’

“It’s not that common – it’s actually pretty rare,” she joked.

It means COVID-19 poses a serious risk to her health.

More of the same

People who are immunocompromised typically avoid risky situations, even before the pandemic.

Carolyn Dews is the CEO of the Immune Deficiency Foundation of Australia, which has been advocating on behalf of people who are the most vulnerable to this virus.

“Our members are generally people who don’t go into large crowds and don’t go into public places unless they absolutely have to,” Ms Dews told TND.

“So for our members, the last two years has been extremely challenging because of the additional isolation.”

Many members – including Ms Sims – wore masks even before the pandemic, and currently depend on services like online grocery shopping.

“I was doing OK up until just before Christmas when they opened the borders, and I think a lot of us in the community went, ‘oh no’,” Ms Sims said.

“That really ramped up a lot of anxiety, and it did for me; I had several panic attacks.”

The added politicisation of masks also means Ms Sims is nervous to continue wearing hers once the mandate eases.

She has already been confronted by one stranger who said: “You don’t need to wear that any more.”

In the US, several people have even been attacked for wearing masks.

Nobody wants to remain locked down forever.

Even Ms Sims will soon start a new job that requires her to be in the office.

Deakin University chair in epidemiology Professor Catherine Bennett said there are serious risks for immunocompromised people, but added that this needed to be put in perspective.

Milder, more common diseases are still extremely dangerous for people with immunodeficiencies, but we don’t read daily case numbers for them in the news.

Professor Bennett noted that in 2019, Australia reported 70,000 flu cases in July (the peak of flu season), with far more cases going unreported in the community.

She believe these kinds of figures should put COVID-19 in perspective, and that the challenge for immunocompromised people returning into society is not insurmountable.

Still, some precautions are needed.

“I’m hoping that even with COVID now in the mix, once we see those numbers continue to come down for a bit longer and hopefully settle at lower rates, that people are still really aware, not just of their own safety, but also are mindful of people who can less afford the risk of having an infection,” Professor Bennett said.

“All of us need to be really aware that there are people out there that can’t be protected in the same way by their immune system, and that we all have the bits that we can do that actually keep the environment that bit safer.”

She said people should stay home if they have symptoms, continue to wear N95 masks in crowded indoor environments, and try to avoid socialising in suburbs where significant outbreaks have been reported.

That’s exactly what Ms Sims will continue to do.

“I do not want that again.”

Australia is opening up, but some immunocompromised people feel left behind