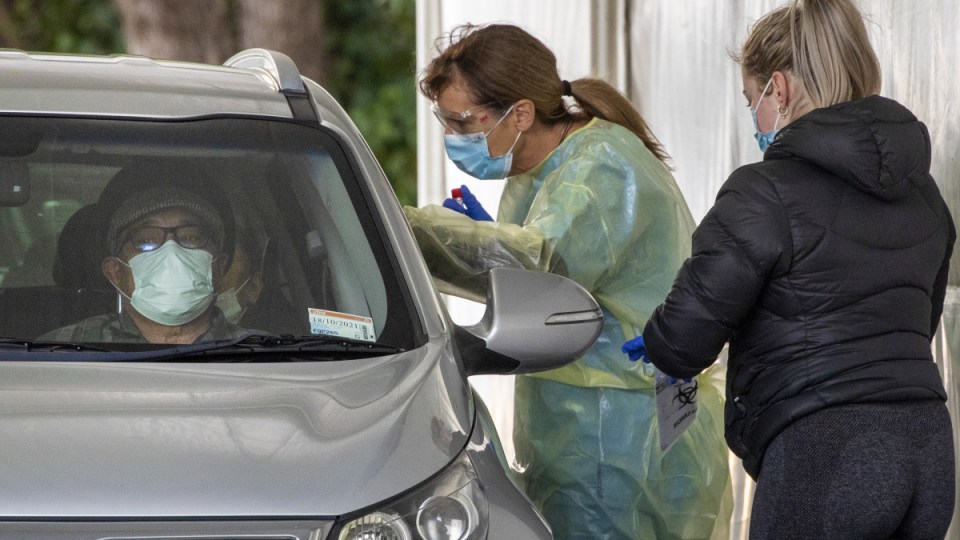 New Zealand is preparing for a looming COVID-19 spike, moving up a gear in its Omicron response while hitting a daily case number record.

The country’s death toll stands at 56.

Thursday’s case count was a big jump from 3297 on Wednesday, accompanied by an increase in hospitalisations, from 179 to 205.

It is the first day that rapid antigen test (RAT) numbers are being included in official figures.

All regions recorded cases but Auckland remains hardest-hit with 3879, while the Southern health district, including Dunedin and Queenstown, was next with 595.

COVID-19 Minister Chris Hipkins urged stoicism from Kiwis as the nation grapples with its first mass outbreak of the pandemic.

“There’s no doubt the next few weeks are going to be pretty challenging,” he said.

As of Friday, that guidance will change.

The size of the outbreak has prompted the government to shift to “Omicron phase three” — where only household contacts of cases are considered close contacts, slashing the number of people who need to isolate.

Officials hope this will preventing mass-scale staff shortages and supply chain disruptions as seen in Australia.

Phase three also means NZ will adopt more widespread use of RATs, replacing PCR tests which, while more accurate, are burdensome for laboratories to process.

Unlike Australia, NZ will ration RATs, handing them out for free at GPs, pharmacies and workplaces.

There is some doubt as to whether there are enough of the saliva-based tests to get through the looming spike.

As of Thursday, there are 6.3 million tests around the country, with four million due to arrive later in the day and 10 million over the weekend.

“We do have enough in the country to get through a widespread outbreak,” Director-General of Health Ashley Bloomfield insisted.

Despite the Australian experience of shortfalls, firm plans to sell RATs at retailers are yet to be bedded down, with Mr Hipkins saying only they would be available from sometime next month.