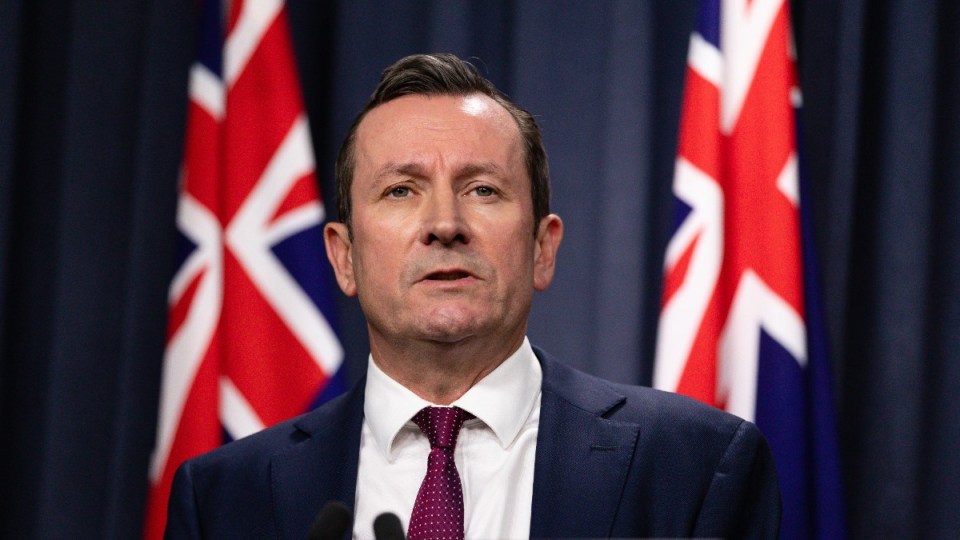 WA Premier Mark McGowan has tested positive to COVID-19 while isolating with his family. Photo: AAP

Western Australia’s premier has narrowly avoided having to go into quarantine as the state reports another record tally of 177 new local cases.

The new infections bring the number of active cases to 574 but none are currently in hospital.

Along with the growing third-dose vaccination rate, WA’s rise in case numbers is likely to soon result in the state’s borders finally opening.

Premier Mark McGowan has promised he will announce a new reopening date by the end of the month.

The premier will fly to Sydney next Thursday to prepare to give evidence in the Federal Court defamation action launched against him by Clive Palmer.

He is expected to appear in court between February 26 and 28.

Asked whether a border decision would be announced prior to his flight to Sydney, Mr McGowan said it would be revealed “when we get the relevant advice”.

“I don’t know the exact timing of that,” he told reporters.

The premier insisted he had taken all necessary precautions after attending a suspected “super-spreader” event at Fremantle’s Gage Roads brewery last Friday night.

WA Health overnight classified the venue as a higher-risk exposure site, requiring anyone who was there for longer than two hours that night to immediately get a PCR test and isolate for seven days regardless of the result.

Mr McGowan said he spent an hour and 45 minutes at the venue and therefore did not have to isolate.

“Last night, as a precaution, I got a (rapid antigen test). This morning I had another RAT test which was negative so I was very precautionary,” he said on Thursday.

Nine people who attended the brewery that night have so far tested positive.

Two other venues, Claremont’s The Avenue nightclub and the Cottesloe Beach Hotel, have also been listed as higher-risk exposure sites.

WA Health has reacted to the growing number of Omicron cases in the community by placing many of its public hospitals on “amber alert”.

The setting requires all healthcare staff to wear a surgical mask for the duration of their shifts, including in shared areas such as staff rooms.

“The advice that I’m given is that it’s basically a practice that will mean hospitals are ready for when further cases come in,” Mr McGowan said.

“I don’t think there’s anything to worry about there.”

The two higher settings are red alert, reflecting widespread COVID-19 transmission and black alert, indicating the system is at capacity.