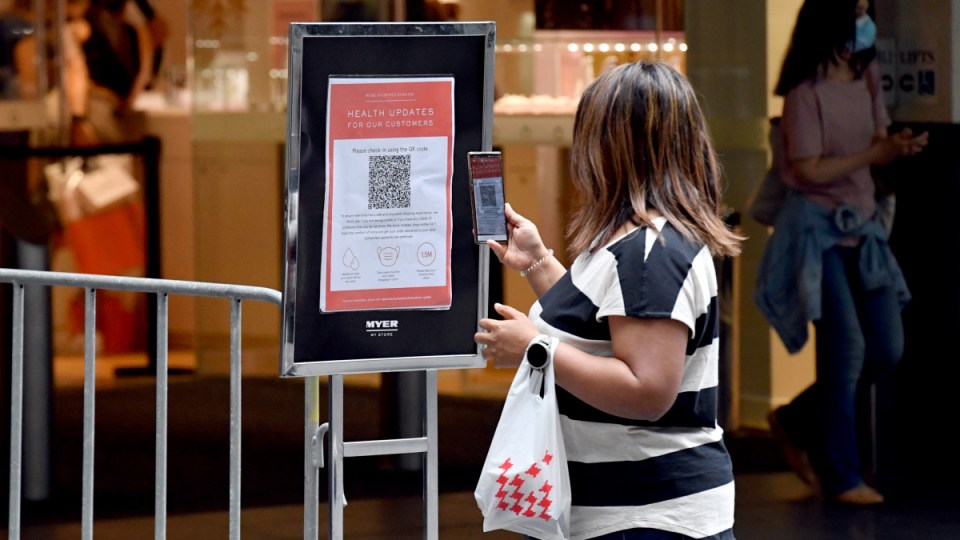 Health Minister Brad Hazzard said he was "not keen to go back down the lockdowns and the no singing and dancing and other aspects". Photo: AAP

Mask mandates and QR check-ins will be largely dumped in NSW within hours, while a swathe of other virus measures will follow next week.

Premier Dominic Perrottet announced the changes on Thursday, saying sacrifices made by people across the state had made it possible to lift some rules.

“I know it has been a very difficult two years here in our state,” he said.

“Many people have made enormous sacrifices but the efforts that have been made … ensured we’ve seen downward pressure on our hospital system.”

The first changes take effect from Friday, with the direction for people to work from home dumped in favour of allowing employers to decide. Mr Perrottet said he would work with the public service to bring workers back to offices in the next week, and he expected other businesses to do the same.

Singing and dancing will also be allowed at all venues on Friday. It remains banned at music festivals until next Friday.

The two-metre density limit for indoor venues will also be scrapped on Friday, and QR check-ins will be required only for nightclubs and music festivals with more than 1000 revellers.

“These changes are measured and proportionate to the circumstances we find ourselves in and are particularly due can I say to the efforts of everybody across our state,” he said.

Also from February 25, the requirement to wear face masks in most indoor settings will be ditched. From then, they will be required only on public transport, planes, inside airports and aged care and disability facilities, jails and indoor music festivals with more than 1000 revellers.

People will be encouraged to wear masks if they can’t social distance, and in shops. But Mr Perrottet said the state government realised that masks were an “impediment” in workers returning to offices.

The cap on music festivals will also be scrapped.

From Monday hotel quarantine for unvaccinated travellers will be reduced from 14 to seven days.

The changes announced by Mr Perrottet almost mirror those announced in Victoria on Thursday morning.

The southern state will dump density limits and most QR check-ins from 6pm Friday in what Premier Daniel Andrews said signalled was a cautious move “back to normal” in coming weeks. He has also flagged a likely easing of work-from-home and mask rules next week.

NSW’s big shift came as it reported another 9995 COVID cases and 14 more deaths.

Thursday’s tally of new infections was down 468 on Wednesday, and deaths fell by 13.

NSW Health reports there are 1447 COVID patients in the state’s hospitals, a drop of 31 from Wednesday. There are 92 patients in intensive care with the virus.

Nearly half of those eligible in NSW – 49.7 per cent – have had a booster shot of a COVID-19 vaccine.

The fatalities reported on Thursday were 10 men and four women. Two were in their 60s, four in their 70s, five in their 80s and three in their 90s.

Three had received three doses of a vaccine, six had two doses, one person had one dose, and four were unvaccinated.

Mr Perrottet warned COVID case numbers would spike in NSW “from time to time” during 2022.

“We will see cases increase and at other times decrease. That is not a measure of success or failure, that is living alongside the virus,” he said.

He also warned that restrictions were likely to return as infections jumped during winter.

“We will change settings on a proportionate basis on the circumstance we find ourselves in,” Mr Perrottet said.

“We will need to plan and prepare for the emergence of new variants. It has surprised many, or maybe not some, how prolific COVID-19 has been in throwing off variants,” she said.

“For a variant to be established, it needs to be more transmissible or escape prior immunity or vaccine immunity.”