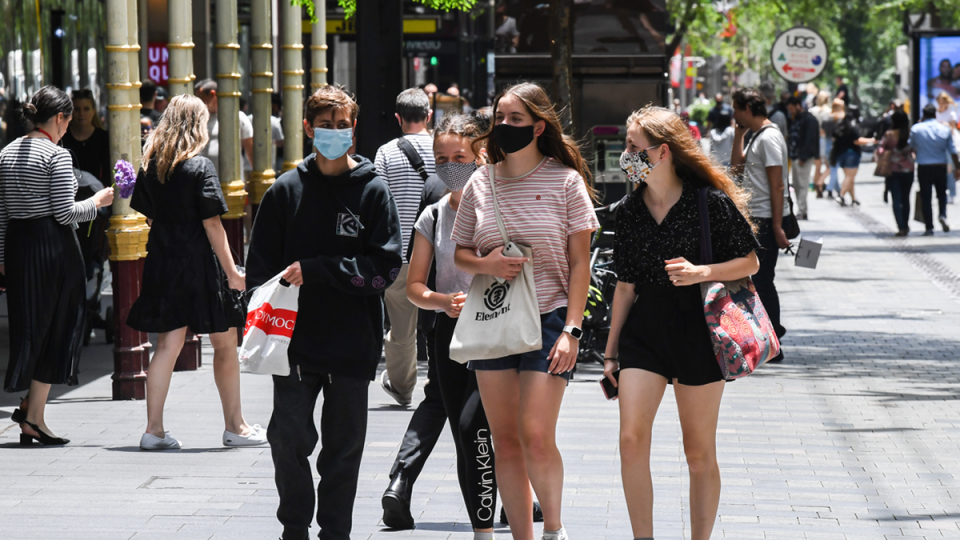 Australia is moving towards Phase D of the national plan. Photo: Getty

Australia is moving towards Phase D of the national plan to combat COVID-19, and it will include open borders and fewer restrictions.

At the national cabinet meeting last week, the federal and state governments discussed how Australia would go about easing the remaining restrictions domestically, and at the border.

“In terms of Phase D […] currently we are in the later stages of Phase C of the national reopening plan,” Health Minister Greg Hunt said last Friday.

Mr Hunt said this ongoing discussion would “lay down the markers” about the final stage of opening back up.

After the national plan was sidetracked late last year, you’d be forgiven for not knowing what this means.

“With respect to the national plan and the phases, it’s been a bit hilarious,” University of Sydney epidemiologist Professor Alexandra Martiniuk told The New Daily.

“Because it was so debated, and we very clearly didn’t follow the plan.

“It wasn’t clearly communicated that we needed to change the plan, and then it was never really indicated what phase of the plan we were on.”

Deakin University chair in epidemiology, Professor Catherine Bennett, said Phase D should mark the shift where the pandemic starts to be controlled by the health system, not politicians.

“It was the bit at the end of the roadmap that didn’t have a lot of detail,” Professor Bennett told TND.

“Except the clear message was about the coronavirus being well enough understood, the vaccine protection well enough progressed, that we are then transitioning to this notion of living with the virus.”

Not only does it provide hope at a time when people are fatigued – mentally and physically – but also provides a degree of confidence for businesses to plan ahead.

“Humans, as a species, we love a plan,” Professor Martiniuk said.

What exactly is Phase D?

The government already announced that double-vaccinated people will be allowed to visit Australia from February 21, but Phase D will eventually see unvaccinated arrivals too, subject to certain requirements.

Cruise ships will also be allowed to visit Australia later in the year, after a two-year absence.

Domestically, Phase D will see restrictions relaxed even further – but given how open things are right now, few people will notice a difference.

The lack of details in Phase D makes sense given the conditions, with Professor Bennett saying, “we’ve had a real lesson in uncertainty”.

Professor Martiniuk believes the freedoms that should be considered are those that would have major benefits with a relatively minor increase in risk, such as allowing visits to aged-care homes.

Can Australia handle it?

The milestone needed for Phase D of the reopening plan is a combination of high vaccination rates and relatively few daily cases.

Australia already has excellent double-dose vaccine coverage, and case numbers across the country are stable or declining.

Although booster shots and increasing ventilation indoors remain important, Australia is well poised to open up further in the coming weeks.

The government has also called for a winter preparedness audit, led by the federal Department of Health, to ensure the nation is prepared for an expected COVID-19 winter wave.
That audit is expected by the second week of March.

The key is to respond carefully to conditions as they change.

She added: “That’s what we do, whether it’s food-borne disease, meningococcal, a worrying flu season or, eventually, the coronavirus.”

The government is moving towards Phase D of the national COVID-19 plan. Here’s what that means