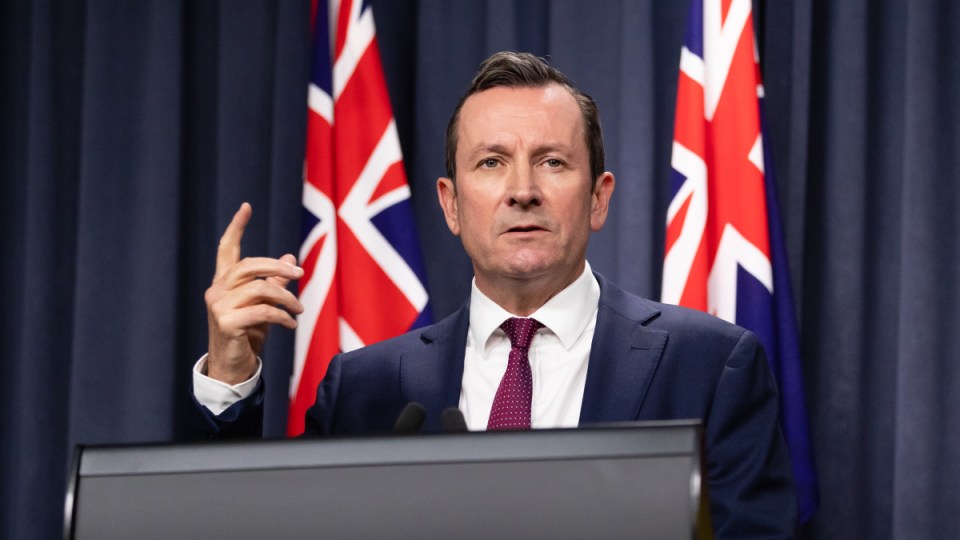 WA's new laws cover a range of directions including the use of face masks by close contacts. Photo: AAP

A new date for the reopening of the Western Australian border is expected to be announced within weeks as the state transitions towards living with COVID-19.

No one is currently in hospital and the Omicron outbreak has so far resulted in one death, that of a man in his 70s who was believed to have been unvaccinated.

Premier Mark McGowan on Tuesday said an announcement on easing the border restrictions would be made “sometime in February”.

The state had been due to fully reopen on February 5 before the premier backtracked, citing high rates of Omicron-related hospitalisations and deaths on the eastern states, as well as the need to improve WA’s third-dose vaccination rate.

WA’s booster rate has since doubled to around 52 per cent and is on course to surpass 80 per cent sometime next month.

“By the time we reopen the interstate and international borders, we’ll be one of the highest vaccinated places in the world with one of the safest populations in the world, which is a great thing,” Mr McGowan told reporters.

About 25,000 people have since returned to WA to undertake seven days’ quarantine, with hundreds testing positive during that time.

The premier said the safe management of those travellers had vindicated his government’s decision to avoid removing all Western Australia border restrictions at once.

BHP chief executive Mike Henry on Tuesday backed calls for the borders to reopen but praised the government’s handling of the pandemic.

The mining giant had an outbreak connected to its Yandi mine in the Pilbara earlier this month.

Qantas meanwhile announced a further delay to the resumption of its direct flights between Perth and London amid the border uncertainty.

The airline said it would continue to instead use Darwin as the departure point until at least June this year.

About 30 cases have so far been linked to outbreaks at three aged care homes across Perth.