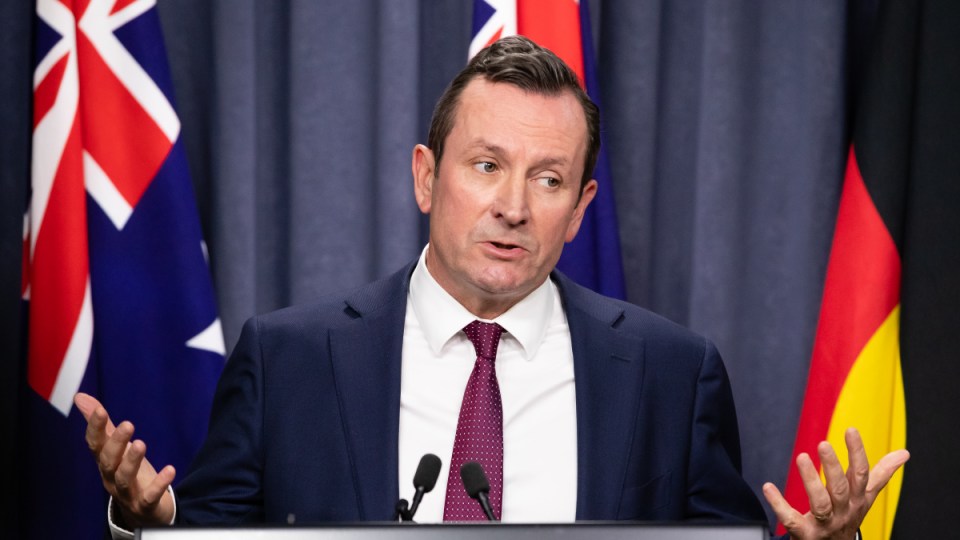 The tally represents a daily record in WA for both community transmission and overall cases. Photo: AAP

Western Australia has recorded 37 local Omicron cases among a total of 139 new infections as authorities wait to learn the extent of an aged care outbreak.

The tally represents a daily record in WA for both community transmission and overall cases.

The continued surge in travel-related cases comes after the state government softened its hard border rules, allowing more people to reunite with families.

More than 17,500 people have arrived in WA in recent days with a requirement to self-quarantine for seven days and get tested.

Premier Mark McGowan on Thursday said the spike in cases had vindicated his decision to indefinitely postpone removing all border restrictions.

“One could only imagine the kind of seeding event that could have taken place under the original plan with far higher arrival numbers and no quarantine protocols,” he told reporters.

“The decision to delay the full border opening was the right thing to do for the safety of the people of this state.”

The premier reiterated that the hard border settings would be reviewed throughout February, with WA’s third-dose vaccination rate a key consideration.

About 48 per cent of eligible West Australians have now received their booster.

Authorities are yet to determine the source of the state’s first aged care COVID-19 outbreak.

Residents at Juniper’s Cygnet residential care home in the Perth suburb of Bentley are awaiting test results after a man in his 70s and a staff member tested positive.

The home, which accommodates people living with dementia, has been indefinitely closed to all visitors but residents are not being confined to their rooms.

Of the facility’s 40 residents, 38 are triple-vaccinated, one is double-dosed and arrangements are being made to vaccinate one person who is yet to be jabbed.

“The first point at this stage is to really understand how the virus has got into the facility. The source of it is unknown,” Mr Hall told ABC radio.

“Once we have that understanding, that’ll help us in terms of working the plan moving forward. We’re confident that we’ll get on top of this very quickly.”

At this stage, no other staff members have been deemed to be close contacts.

Mr McGowan on Thursday announced a $77 million support package for businesses affected by the delay in reopening the borders.

It includes a support program for tourism businesses that incurred expenses in anticipation of the borders reopening.

Grants of up to $50,000 will be offered to operators who were forced to refund deposits from cancelled interstate and international bookings.

Funding will also be provided to international education providers and students to assist with quarantine-related costs, while programs to support the aviation and events industries will each receive a $10 million boost.