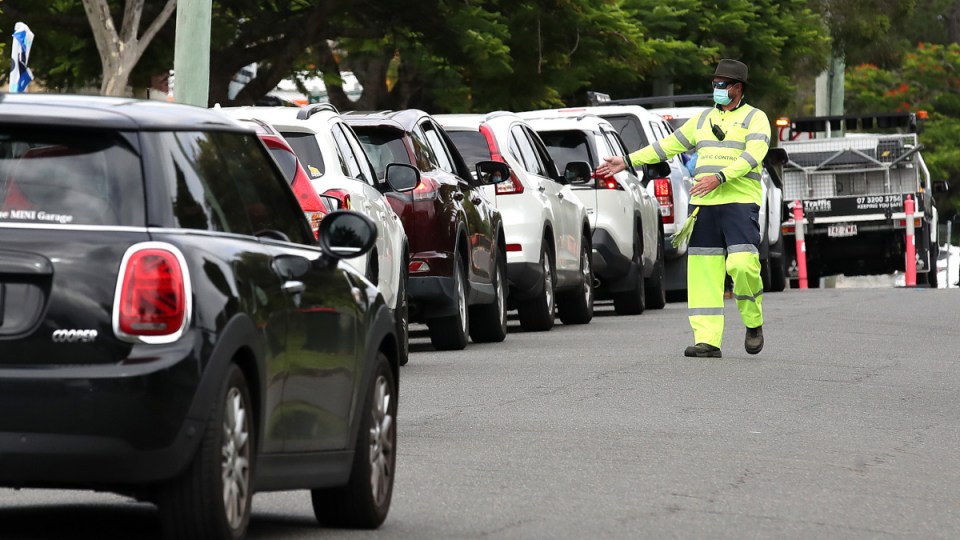 Queensland has recorded 3312 COVID-19 cases and one death in the latest reporting period. Photo: AAP

Queenslanders has hit a 90 per cent double-vaccinated rate and built up “a substantial wall of immunity” ahead of a potential winter wave of COVID-19, but concerns remain about booster coverage for older people.

Chief Health Officer John Gerrard says there are 663 patients in the state’s public hospitals and 42 in private hospitals, with another 22 people in intensive care.

Premier Annastacia Palaszczuk on Tuesday tweeted that more than 90 per cent of eligible Queenslanders were double-vaccinated.

Figures also show that 58.51 per cent of those eligible have had a booster and many people have recovered from the virus.

Dr Gerrard is uncertain about the potential for a winter COVID-19 wave with widespread immunity in the state.

“The reality is we don’t know, so this is the big mystery, and we’re all waiting to see what will happen,” he told reporters on Tuesday.

“Clearly, there has been a substantial wall of immunity that has developed in the community through a combination of vaccinations boosters and natural infections, and particularly natural infection in that super spreading group of people in their 20s, and I’m sure that will create a significant protection going into winter.”

“So whether there will be a substantial secondary wave in winter or not is unclear.”

Nine of the 12 were in aged care, three were unvaccinated and none had had a booster vaccine.

Health Minister Yvette D’Ath said fewer than 16 of the 160 people who have recently died in aged care had received their third jab, while the booster coverage for eligible people over 70 was below the state’s overall coverage rate of 58.51 per cent.

The minister can’t see a reason for that, but she hopes older people and their loved ones will see the risks of delaying a booster and take action.

“We’ve said from day one that this is a virus that does particularly attack the elderly, and it significantly increases the risk factors … I don’t know the reason why people haven’t come out now in the older age group (for boosters), but I’m still optimistic that they will continue to do so,” Ms D’Ath said.

“I strongly encourage family members to talk to their parents and grandparents and encourage them (to get their booster).”