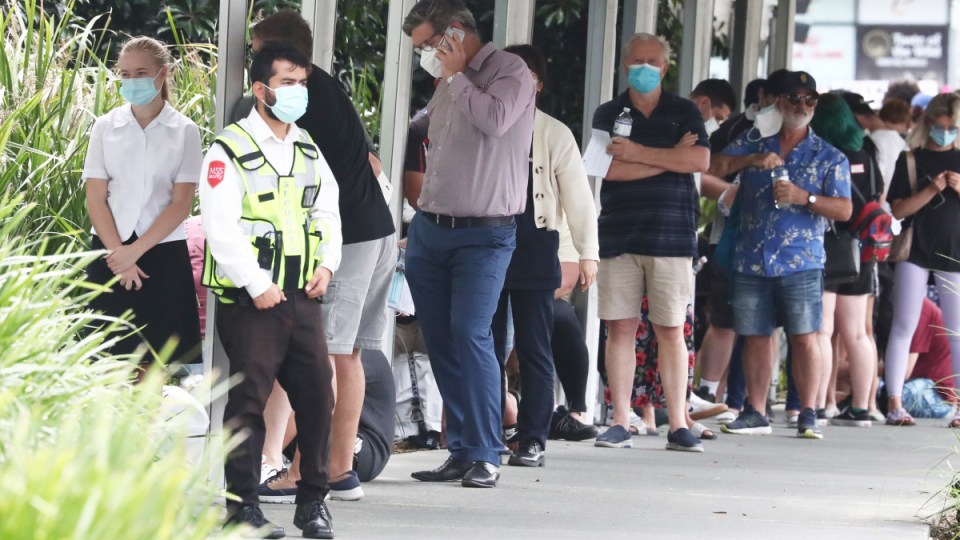 Most Queenslanders who have had COVID-19 don’t know they were positive and haven’t been tested, a state government study shows.

The survey was revealed as the state recorded another nine virus deaths, including four people in aged care, and 8643 new cases on Thursday.

“There will be families out their grieving today and tonight,” Premier Annastacia Palaszczuk said on Thursday.

The survey involved health workers visiting random homes on the Gold Coast over consecutive weekends in January, and testing the occupants.

On January 22, when the virus wave was at it’s peak in the region, 20 out of 117 people came back positive from PCR tests.

Only four of those 20 were showing symptoms, Chief Health Officer John Gerrard said.

“There were people walking around the Gold Coast who had no idea they have COVID-19 … hence the importance of masks even when you feel well,” he said.

The survey was repeated the following weekend, when 11 out of 143 people tested positive.

Of those, six reported having symptoms.

Dr Gerard said the first-of-its-kind survey was important to gauge the how the pandemic would continue to affect communities on Australian shores.

“This feeds into data that will be collected nationally to try and work out where we are going with this pandemic,” he said.

“So we’re trying to work out how many, what proportion of the population has actually been infected and what degree of immunity that has created in the community and what will happen in the future in terms of whether there will be further waves in the community.”

The survey will help model further virus waves could occur as Queensland moves into winter.

Dr Gerard said Queensland Health has already modelled the cooler weather as data from the current Omicron wave in the northern hemisphere won’t be available beforehand.

“We still have to plan for the worst, that there are likely to be waves of the pandemic, we are particularly concerned about winter,” he said.

Health Minister Yvette D’Ath said the survey would advance the government’s modelling as different parts of the state experience peaks in cases.

“Now we can have a much better understanding of what is the prevalence of COVID in our community,” she said.