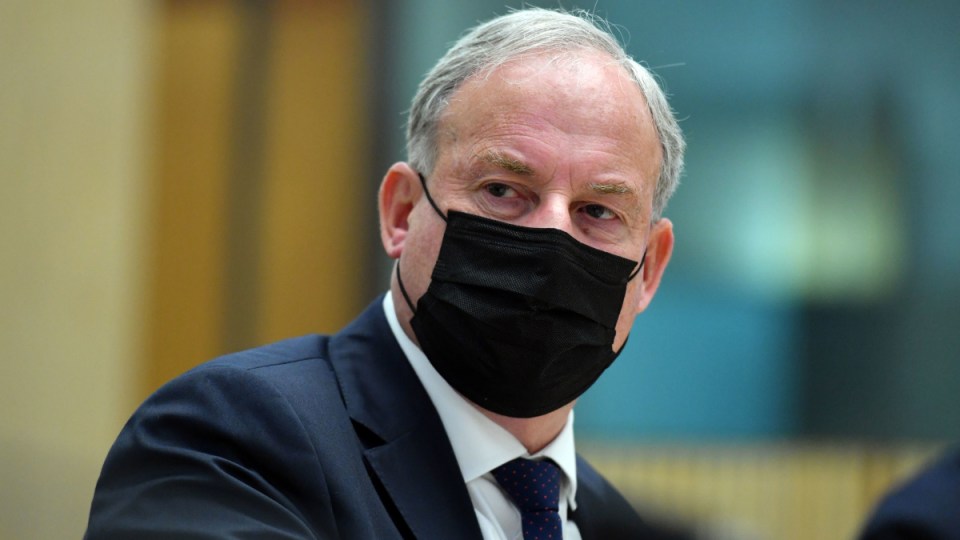 The Aged Care Services Minister has denied the sector is in crisis, despite thousands of COVID cases in residential facilities and reports of widespread understaffing.

Richard Colbeck said he didn’t deny that circumstances were extremely difficult in the sector.

But he said the coronavirus infection rate – about 0.6 per cent – was the same as last year, despite Omicron’s virulence.

“The sector is performing extremely well despite the difficulties of the Omicron wave,” Senator Colbeck told a parliamentary COVID committee on Wednesday.

“There have been so many attempts to talk down the aged care sector, they have worked extremely hard and the statistics demonstrate the work they’ve done … is having a positive effect.”

Vaccination rates had also made a big difference in minimising the potential impact of the outbreak, Senator Colbeck said.

He was also forced on Wednesday to defend his decision to attend the Ashes cricket in Hobart instead of a committee hearing in mid-January.

Senator Colbeck, who is from Tasmania, defended the move. He said he was balancing his sport and aged care portfolios and it would be hypocritical to not stand by it.

“All through that weekend I continued to work on matters relating to both of my portfolios but particularly aged care, even though it was a weekend and I was attending the Test match,” he said.

“It was a decision that I made. I have to stand by it and live with it. Other people will make judgments about it, I’m sure, plenty already have.

“I am very cognisant of the balance between my portfolios. It was a decision that I made, I have to stand by and live with it.”

Senator Colbeck said there was no prioritisation of the sport portfolio, but the Test — the first Ashes match in Hobart — was of significance after he’d worked with Cricket Australia for months to ensure the match took place.

“I have never refused to appear before the committee – the circumstances was around timing,” he said.

“I was only too happy to work with the committee to organise an appropriate date.”

He said other parliamentarians had also been at the Test in Hobart, among them fellow Tasmanian, opposition agriculture spokesperson Julie Collins.

But the committee’s chair, Labor senator Katy Gallagher, asked Senator Colbeck “why should you keep your job?”. She said that, on the day he was at the cricket, there were virus outbreaks in thousands of aged care facilities – and the sector was under so much pressure that former NSW premier Mike Baird had called for the military to be sent in to help manage the situation.

Under further questioning on Wednesday, Senator Colbeck was unable to say what proportion of the more than 2700 aged care facilities across Australia were enduring staff shortages, and how many had received workforce support from the Commonwealth. He took the question on notice.

“We’re monitoring very closely the situation with regard to workforce,” he said.

Senator Colbeck also defended the federal government’s offer to pay aged-care workers $400 bonuses as compensation for the strain of working through the pandemic. He said the plan was designed after talks with unions.