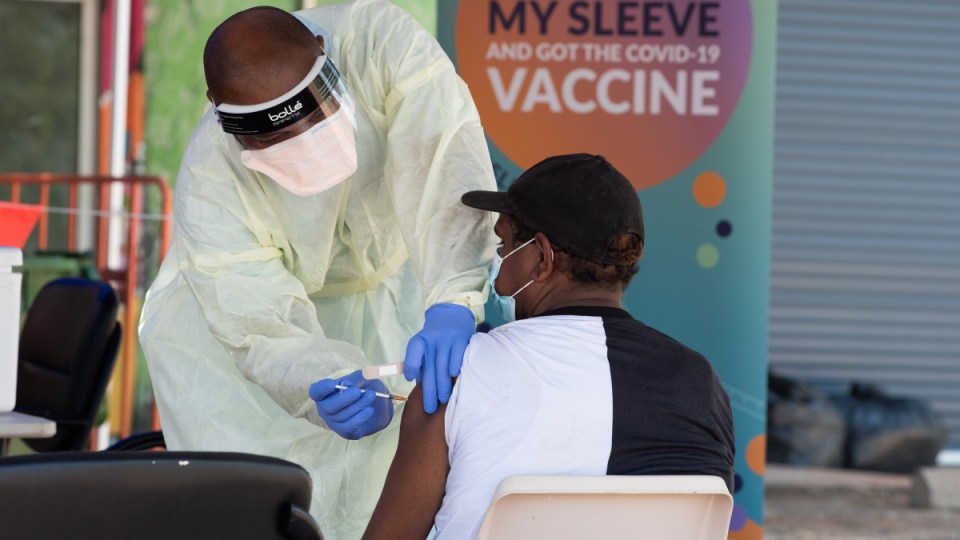 The NT had 970 new COVID-19 cases on Tuesday, with infections in a number of remote communities. Photo: AAP

Mr Kirby said he would be “bunkering down at home this week” after receiving the positive rapid antigen test result.

“I’m feeling well at present, and my family is doing a great job looking after me,” he posted on Facebook.

“As the first member of cabinet to have contracted COVID, I’d like to say how grateful I am to be fully vaccinated and boosted against this virus.

“Thank you for those who have sent their well wishes, and I look forward to seeing you all after I’ve isolated and test negative.”

The NT reported 970 new cases on Tuesday and increased Monday’s total from 760 to 912 after the inclusion of more RAT results.

There are 132 people in hospital with the virus including four in intensive care.

New cases were reported across a number of remote communities under lock-ins this week, including 29 in Milingimbi, 18 in Galiwin’ku, 16 in Palumpa, 12 in Ampilatwatja and three in Milikapiti.

Health Minister Natasha Fyles said officials were also investigating the death of a person in a remote community but it was yet to be confirmed that it was the result of COVID-19.

The Territory currently has 6,165 active infections with a seven-day rolling average for new cases of 875.

Paul Bongiorno: It won’t be easy for Anthony Albanese, but he says he’s up for it
Queensland records 10 deaths, 7588 virus cases
Today's Stories