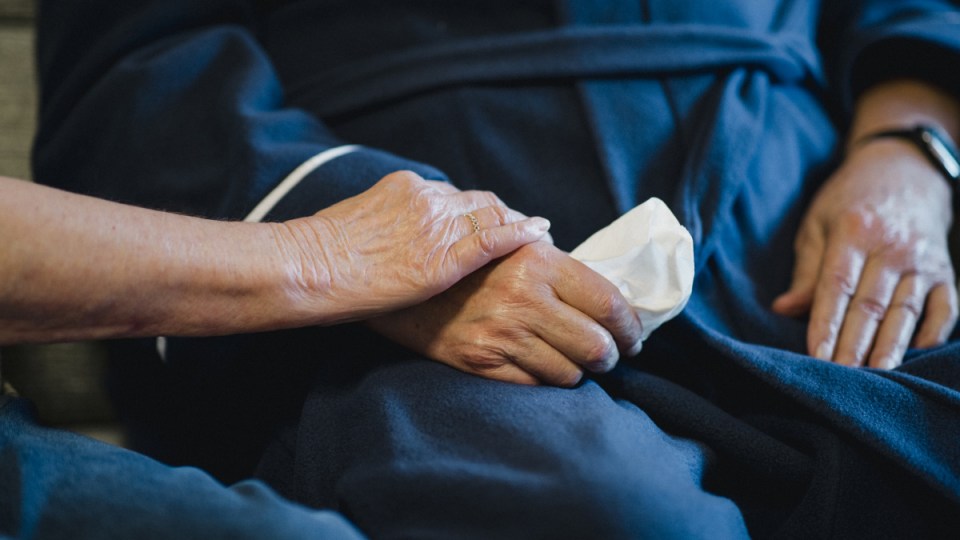 Aged-care residents are being forced to isolate in their rooms without visits from family members for “weeks on end” as COVID-19 rips through the sector.

Government figures show more than 1100 aged-care homes are now battling active outbreaks, with 222 elderly residents dying of COVID-19 in the week to January 27.

All the while homes are having to get by with fewer workers.

Media reports suggest 30 per cent of aged-care staff are off sick or isolating at home – at a time when nurses are already battling with fatigue and burnout after two years of working in the pandemic.

Health experts told The New Daily that the problems plaguing the sector were foreseeable.

Given the early evidence of the AstraZeneca vaccine’s waning effectiveness against Omicron, the federal government had failed to adequately prepare homes for the current wave and had been too slow to deliver booster shots to residents, they said.

On Sunday, the federal government declined to tell The New Daily how many aged-care residents had received their booster shots, after previously promising that all 2650 aged-care homes across the country would receive them by the end of January.

But The Age has reported that 500 homes have still yet to receive them.

In an open letter to the Prime Minister this week, one aged-care executive painted a grim picture of the challenges, saying that almost two years after the first COVID-19 case was recorded in the sector, “it feels as if we are no closer to managing this crisis”.

Published days before New South Wales posted its deadliest day of the pandemic with 52 COVID deaths on Sunday, the latest government figures show that more aged-care residents died in the seven days to January 27 (222) than over the two weeks before that combined (196).

And the number of active cases among residents and staff is continuing to rise, which means deaths will not peak for weeks to come.

Dr Stephen Duckett, director of the Health and Aged Care Program at the Grattan Institute, said the surging cases and deaths spreading through Australian aged-care homes were “totally foreseeable”.

“All of the preconditions were there for real and serious problems in residential aged care that were totally foreseeable,” he told The New Daily.

“We knew the (AstraZeneca) vaccine was waning, we knew it was less efficacious against Omicron, we knew there had been a poorly designed rollout, so it was inevitable that we would see the consequences of that in the increased deaths that are now occurring.”

Dr Duckett said it is “absolutely imperative” that people in residential facilities receive their booster shot – but that this is not happening and the Commonwealth government has not done its job.

“The Commonwealth needs to be able to point to a strategy which says every single person in a residential aged care facility is going to be vaccinated and vaccinated soon.

“That is their job and that’s not what they’re doing”.

National Seniors Australia advocate Ian Henschke agreed that the focus must be on speeding up the aged-care booster rollout, noting that the booster rollout across the broader community was also moving slowly.

As of Sunday, only 30 per cent of Australians who had received two vaccine doses had since received their booster, despite recent calls to change fully vaccinated definitions to three doses.

National president of the Health Services Union Gerard Hayes said the sector’s inability to attract and retain staff due to poor pay and conditions – a problem raised by the aged-care royal commission – was only exacerbating its problems.

“All the issues of under-resourcing, under-investment, understaffing, underpay, are now being realised throughout the pandemic,” Mr Hayes told The New Daily.

“[They are] being exemplified in the pandemic so much now that we really see this now as a pandemic of the workforce.”

Mr Hayes said the longstanding issues were compounding the workforce shortages being driven by the furloughing of staff due to Omicron.

The Age reports that 30 per cent of aged-care workers are off sick or isolating at home.

Last week, Baptistcare chief executive Charles Moore penned an open letter to the Prime Minister calling attention to the lack of “proper process, resources and recognition” in response to the aged-care crisis.

“I write to you because we are fast approaching the two-year anniversary since the first case of COVID-19 was recorded in the aged care sector and, heartbreakingly, it feels as if we are no closer to managing this crisis,” Mr Moore said.

He continued: “At this moment, hundreds of aged care homes and thousands of residents are locked down due to exposures and outbreaks.

“This means that, again, our residents have been isolated in their rooms or restricted to smaller areas of the home for weeks on end without family, without the social interaction and physical activity so essential to their wellbeing.

“It means our staff have cancelled holiday plans for yet another year and are working long hours, in full PPE, with the leanest of teams and carrying all the heightened emotional and practical pressures that come with that.”

According to a spokesperson for Health Minister Greg Hunt, aged care has been a major focus of support for the Australian government since the outset of the pandemic.

“However, like the rest of the community and what occurred in previous waves of the pandemic, when there are increased cases in the population, they will be reflected in the cases in aged care,” they told The New Daily.

“Aged-care facilities have been required to implement infection control training and it is encouraging that despite the increase in cases, there has not been the same level of increase in illness or loss of life, with most facilities indicating that the cases have been more mild at this stage.”

They said supporting the assisted living workforce was also a “priority”, with more than 78,000 shifts being filled by the “surge workforce” provided by the Australian government, while members of the ADF provide “strategic logistical support” to help deliver goods from the National Medical Stockpile to care homes.

However, the minister’s office did not tell The New Daily the proportion of aged-care residents that had received their booster.