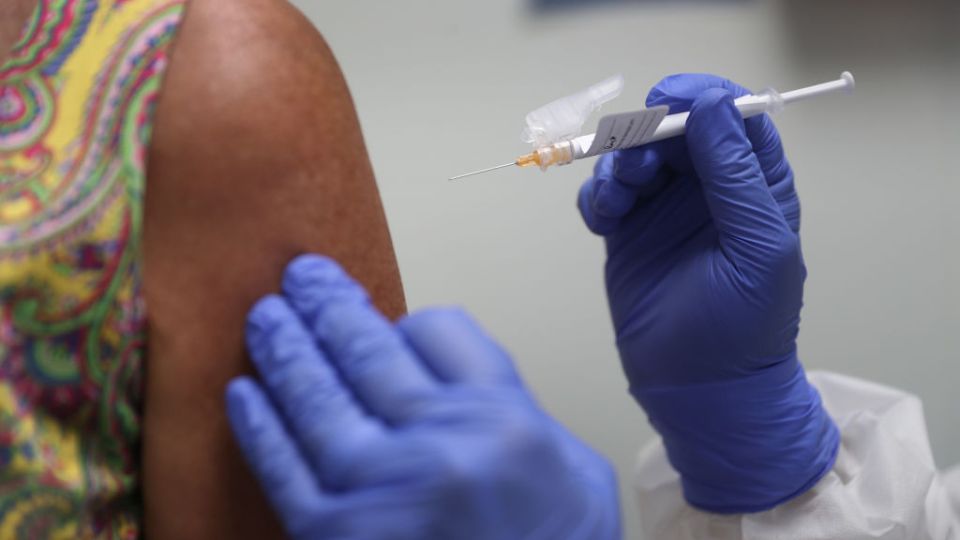 The number of COVID-19 booster shots given out in the United States per day has plummeted. Photo: Getty

The COVID-19 booster drive in the US is losing steam, worrying health experts who have pleaded with Americans to get an extra shot to shore up their protection against the highly contagious Omicron variant.

Just 40 per cent of fully vaccinated Americans have received a booster dose, according to the Centers for Disease Control and Prevention.

And the average number of booster shots dispensed per day in the US has plummeted from a peak of one million in early December to about 490,000 as of last week.

Also, a new poll from The Associated Press-NORC Center for Public Affairs Research found that Americans are more likely to see the initial vaccinations — rather than a booster — as essential.

Overall, the US vaccination campaign has been sluggish. More than 13 months after it began, just 63 per cent of Americans, or 210 million people, are fully vaccinated with the initial rounds of shots.

Mandates that could raise those numbers have been hobbled by legal challenges.

Vaccination numbers are stagnant in states such as Wyoming, Idaho, Mississippi and Alabama, which have been hovering below 50 per cent.

The US and many other nations have been urging adults to get boosters because the vaccine’s protection can wane.

Also, research has shown that while the vaccines have proved less effective against the Omicron variant, boosters can rev up the body’s defences against the threat.

The need for all Americans to get boosters initially was debated by scientists, and at first the government recommended only that certain groups of people, such as senior citizens, get additional doses.

The arrival of Omicron, and additional evidence about falling immunity, showed more clearly a widespread need for boosters.

But the message has been lost in the sea of changing recommendations and guidance.

The AP-NORC Center poll found that 59 per cent of Americans think it is essential that receive a vaccine to fully participate in public life without feeling at risk of infection.

Only 47 per cent say the same about a booster shot.

Meanwhile, the Biden administration has officially withdrawn a rule that would have required workers at big companies to get vaccinated or face regular testing requirements.

The Occupational Safety and Health Administration confirmed the withdrawal on Tuesday. But the agency said it still strongly encourages workers to get vaccinated.

COVID-19 booster drive faltering in the US