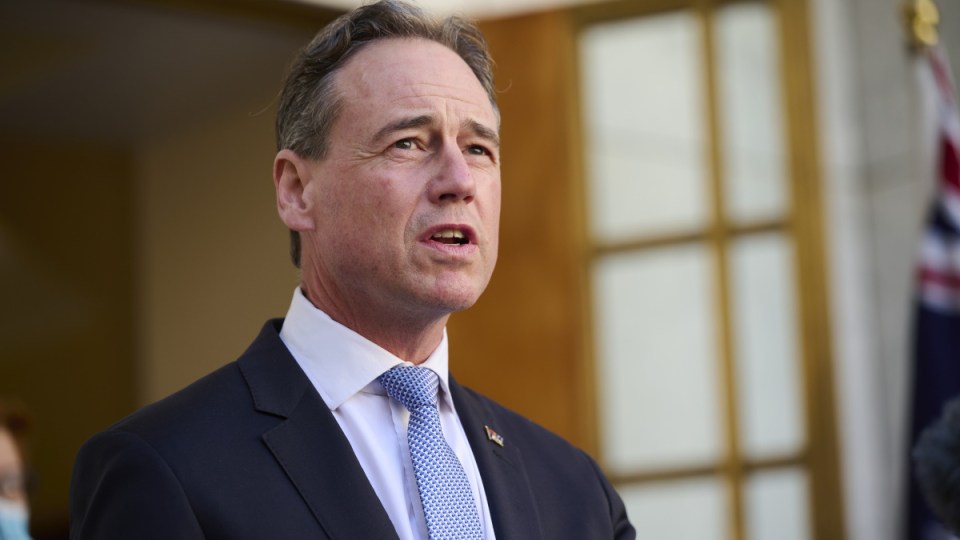 Greg Hunt said there was the capacity for exemptions from isolation to include everyone. Photo: Getty

The health minister has declared the Omicron wave of COVID-19 cases has peaked in several jurisdictions.

Greg Hunt said the peak of infections had passed in NSW, Victoria, the ACT and South Australia.

It comes as Australia’s leading advisory group on vaccines gave the final approval to the Novavax vaccine.

The vaccine, the fourth to be approved in Australia for COVID-19, will be rolled out from February 21.

“That will flow through to ICU numbers and ventilation, so it’s an important moment where we are seeing now clear signs this Omicron wave … has peaked.”

Monday marked the beginning of the rollout of free rapid antigen tests to concession card holders across the country.

More than six million Australians who have a concession will be eligible for 10 free rapid tests at pharmacies throughout a three-month period, with a limit of five in one month.

However, Pharmacy Guild of Australia president Trent Twomey said supply shortages of the tests meant the rollout would be significantly impacted.

“We don’t have enough today,” he told the Nine Network on Monday.

“There are 6000 community pharmacies in Australia and 804 pharmacies went live this morning. The majority will simply not be going live.”

Mr Twomey says there are 13 million tests arriving in the next week and 22 million in the first three weeks of February just for pharmacies.

The health minister said pharmacists who were participating in the rollout had been reserving large supplies of the tests.

“All the participating pharmacists are putting aside tests, I think that’s really important,” Mr Hunt said.

“They’re reserving spaces, that’s not to say that every pharmacy on day one is participating. It’s a phased program, and importantly, it’s a supplementary program.”

Mr Hunt said the hoarding of rapid tests had also contributed to the widespread supply issues across the country, but indicated there would be enough stock for pharmacists going forward.

However, he warned retailers who were price gouging tests would be targeted by the consumer watchdog.

“There were clear cases where there had been some hoarding, unfortunately it does include people that were scooping up to resell at inflated prices,” he said.

Labor leader Anthony Albanese said the government ordered rapid tests too late, and then sought to shift the blame.

“They got their ads ready before they ordered the tests. Something that characterises this government is it sits back, waits for something to become a crisis then it blames others for the problem,” he told the ABC.

Omicron has peaked in some states: Hunt