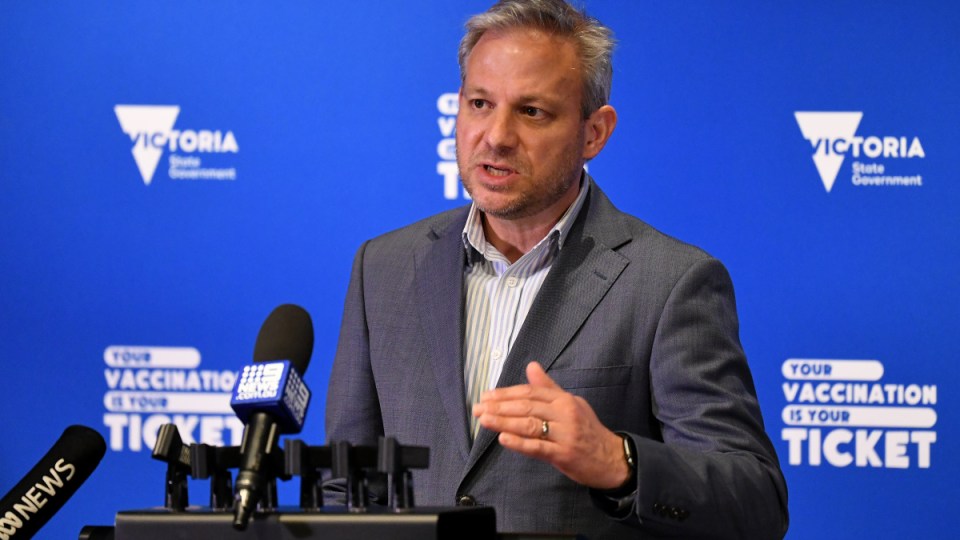 The new infections, confirmed by the health department on Sunday, include 6625 from PCR tests and 6466 from rapid antigen tests.

It brings the total number of active cases in the state to 191,058, which includes 1002 people in hospital, down 27 from Saturday’s figures.

The number of Victorians in intensive care remains at 120 and there are 44 people on ventilators.

The release of the state’s blueprint for protecting students and staff from COVID is imminent, with rapid tests for pupils anticipated to be a key element of the strategy.

“There’ll be announcements in the next few days around the details of what that looks like,” he told reporters in Melbourne on Saturday.

Both NSW and Victoria pitched re-opening plans to national cabinet on Thursday, with Prime Minister Scott Morrison announcing that the federal government would split the cost with states opting to surveillance-test students and teachers.

Victorian public and low-fee independent schools have also been promised 51,000 air purifiers prior to classes resuming, but 10,000 are  yet to be provided.

The rollout to schools has sped up in recent weeks and is nearing completion, with 41,000 delivered as of Friday.

A state government spokeswoman said improving ventilation with the $190 million package would reduce the virus’s spread when students return to classrooms.

Even so, inactive or retired teachers, principals and other education staff are being recruited to plug COVID-related holes in the workforce.

Recruits will be sent to local schools to replace teachers and other support workers at short notice, if and when they contract the virus and need to isolate.

The pool will only be available to government schools, which educate about two-thirds of primary and secondary students across the state.