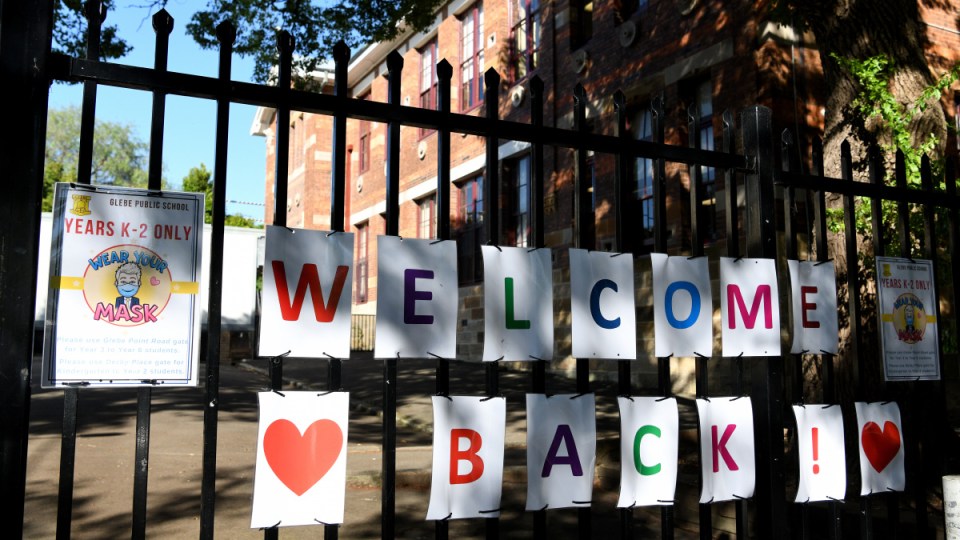 States and territories will decide separately on a safe return to schools this year. Photo: AAP

States and territories will go their own way on a safe return to schools despite weeks of leaders discussing a co-ordinated approach.

Prime Minister Scott Morrison said the Commonwealth government will support states and territories that want to implement surveillance testing for schools on a 50-50 cost sharing basis.

But Mr Morrison stressed the health advice didn’t recommend such a regime.

“While it is not the medical advice for (surveillance testing) to be undertaken, states and territories may be choosing to do that based on the education advice they are receiving to ensure schools can open and stay open,” he told reporters in Canberra on Thursday.

“Where they believe that is necessary, the Commonwealth government will be supporting that.”

Queensland and South Australia will delay the opening of school for the year in order to lift vaccination rates.

Labor frontbencher Kristina Keneally said there was no doubt schools needed some form of ongoing and regular rapid testing regime.

“Quite depressingly, Omicron may not be the last variant and we’re going to need some type of system,” she told Sky News.

“But we don’t have it right now, we simply don’t. While (surveillance testing) might seem good in theory or on paper … the prime minister didn’t order enough tests.”

Speaking while national cabinet was meeting, Senator Keneally said there was no clear plan.

“We are days away from school, we have empty supermarket shelves, we have parents and teachers not sure what the rules will be for the safe return to schools,” she said.