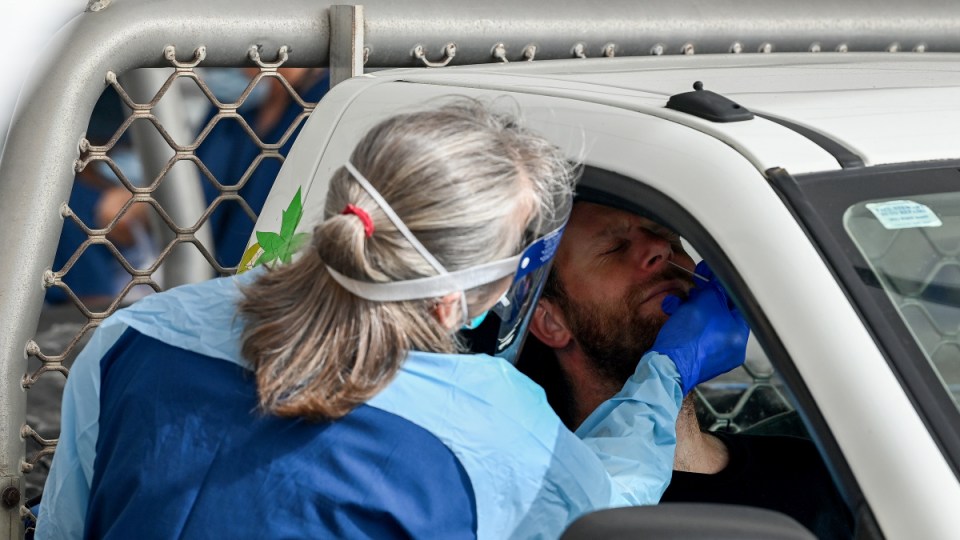 The isolation period for people who catch COVID will not be cut, after a plan was knocked back at national cabinet on Thursday. Photo: AAP

Australia’s isolation rules for people who test positive to COVID will remain unchanged, despite a push by the federal government.

Prime Minister Scott Morrison emerged from Thursday’s national cabinet meeting to confirm the requirement for people who are confirmed with the virus would remain at seven days.

However, it would remain under constant review, he said.

Mr Morrison had flagged on Wednesday that a five-day US-style period was “under active consideration”, but that the federal government would also take medical advice on any possible change.

Rules for close contacts in essential industries will also be unchanged, and will not be expanded to other workplaces.

“We agreed today that we should retain the arrangements for close contacts for essential workforces in those workforces, we have already defined and have brought no further,” he said.

“It is all about getting the right balance between getting people back to work and not overstressing the hospital system, which is under a lot of stress. We believe we have that balance right.”

South Australian Premier Steven Marshall had already said earlier on Thursday that his state would not sign up for any plan to reduce isolation requirements to five days. The evidence was that people often still had symptoms after five, and even seven, days of isolation, he said.

State and territory leaders at Thursday’s meeting also failed to agree on a common approach to the return to schools, despite weeks of leaders discussing a co-ordinated approach.

Prime Minister Scott Morrison said the Commonwealth government would support states and territories that wanted to implement surveillance testing for schools on a 50-50 cost sharing basis.

But Mr Morrison stressed the health advice didn’t recommend such a regime.

“While it is not the medical advice for [surveillance testing] to be undertaken, states and territories may be choosing to do that based on the education advice they are receiving to ensure schools can open and stay open,” he said in Canberra on Thursday, following a meeting of state and territory leaders at national cabinet.

“Where they believe that is necessary, the Commonwealth government will be supporting that.”

Queensland and South Australia will delay the opening of school until vaccination rates are higher. Bur NSW and Victoria have committed to beginning the school year as planned at the end of the month.

“If schools are not open, we will see that the peak furloughing [of workers] will go from 10 per cent to 15 per cent. This will have a devastating effect on the economy and society.”

“Having children back in the class will increase the movement around cities. We know that. Towns right across Australia, it happens every year,” he said.

“We do expect the transmission potential will increase … as schools go back. That is something we need to deal with and we are very much in agreement to get schools back. That is important. The reasons, health, physical, mental, social, developmental for children.

“We need to take that on its merits and balance that issue like we have been doing for essential workers.”

In other developments from national cabinet, Mr Morrison also had to give up on a surprise plan to allow people as young as 16 to be allowed to drive forklifts, to help ease the staffing crisis in supply chains.

He had flagged the plan on Wednesday, hinting at further reducing regulation in the transport and other sectors.

But it appears to have been a surprise to the three biggest states, with NSW, Victoria and Queensland all confirming ahead of national cabinet that they had no plans to change rules around forklift licences.

Forklift drivers in all three states must have a special “high risk work” licence, which is available only to people who are 18 and over.

Mr Morrison said the proposal had come from consultation with the transport industry, along with a plan to ease licence requirements for truck drivers.

“We agreed to proceed no further with the issue of 16-year-old forklift drivers … it is not something that we believe, collectively, that is something we should be pursuing at this time,” he said.

National cabinet did agree to consider an experience-based licensing system for long-haul truck drivers, and to recognise New Zealand licences. Both would “ensure that we can get more of those truck drivers into truck cabs now that are needed because of the impacts of COVID”, Mr Morrison said.