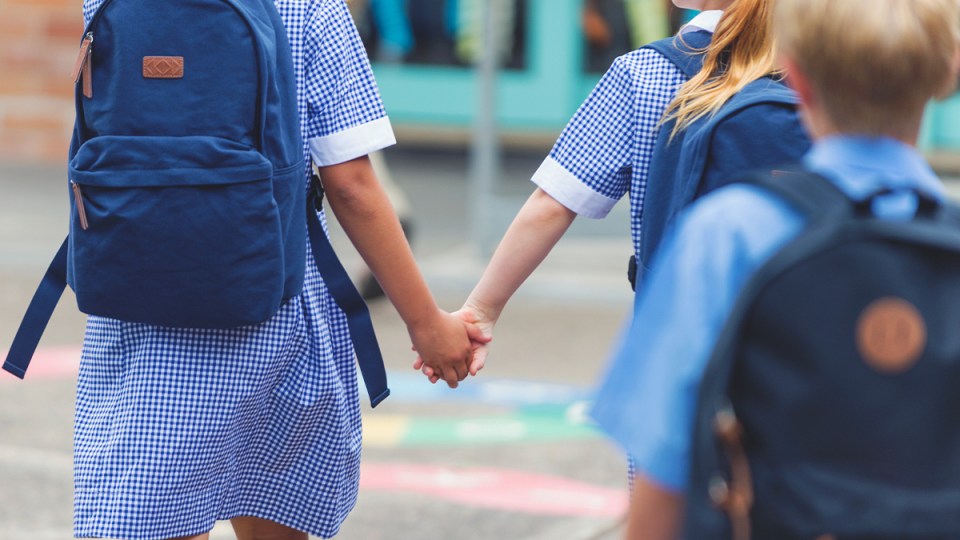 The federal government will not help co-ordinate the return to school. Photo: Getty

Prime Minister Scott Morrison has left the challenge of reopening schools to the states and territories.

Free rapid antigen tests for teachers and improved ventilation in classrooms are set to play a key role in keeping students and teachers safe.

But there is no national plan for those protections – nor have leaders or authorities made clear which schools are prepared with tests and air purifiers.

Teachers had anticipated that the announcement after Thursday’s national cabinet would bring clarity to Term 1, but it answered few questions at a time when many are unsure about how to manage their classrooms in a COVID-safe way.

“The return to schools will be announced individually by each jurisdiction over the next few days,” Mr Morrison said.

“Students and education staff are returning to schools in no time now, without consistent and nationally co-ordinated guidelines on how to mitigate health and safety risks,” Ms Haythorpe said.

Educators and health experts agree that a return to the classroom is worthwhile.

That’s not just so their parents can go to work, as Mr Morrison has emphasised, but for the sake of the children themselves.

Chief medical officer Professor Paul Kelly said that while there will be a slight increase of COVID-19 transmission when face-to-face learning resumes amid the Omicron wave, the risk is relatively low and manageable.

He and other health experts argue that it’s still in children’s best interests to return to school to support their physical, social and emotional development.

Ventilation hopes gone out the window

Parents have been told governments are investing in strategies to make campuses more safe in the COVID era.

However, no state was able to clarify to The New Daily exactly how many schools have undergone ventilation improvements before class returns.

The Victorian government began distributing air purifiers in December as part of a $190 million rollout, and is requiring schools to use air-conditioning and keep doors open.

The Department of Education and Training provides online guidance about how to use these purifiers, but some teachers say they have been kept out of the loop.

One Year 3 public school teacher from Melbourne, who asked to remain anonymous for contractual reasons, said her school had received so few air purifiers that many classrooms will miss out.

“There’s just been no guidance at all. They’re just dumped on schools and schools are left to put them wherever they want,” she told TND.

The air purifiers arrived in the last week of Term 4, 2021, and were distributed on a first-come, first-serve basis via a 4.30pm staff email.

Some older teachers and teachers who are immunocompromised missed out.

“There was no information provided about which classrooms they should go in, or where they should be located within a room,” she said.

“I don’t believe any expert has been to look at our school to assess which rooms have poor ventilation, or what strategies we should be using to maximise air flow within our old classrooms.”

The state of play

Other states have also committed to improving ventilation, but little has been announced over the summer break.

The NSW government conducted a statewide review of all windows, fans and ventilation across more than 2200 public schools in late 2021, but it’s not clear if ventilation systems have been further enhanced since the Omicron outbreak.

In Queensland, a $477 million program to instal air-conditioning in about 10,000 classrooms, staff rooms and libraries kicked off right before the pandemic.

This program is now being used to improve ventilation, and it’s more than 95 per cent complete, according to a Queensland Department of Education spokesperson.

In the ACT, ventilation is being monitored across all schools.

“Every ACT public school developed an Indoor Air Quality Plan in Term 4 last year, which is being updated now before the return to schools for 2022,” a spokesperson for the Directorate of Education told TND.

“These plans list actions undertaken by the directorate, as well as actions for schools to undertake each day, to improve air flow and ventilation.”

Many public schools in the territory also have CO2 sensors, which have been used by some Australian teachers as a proxy for ventilation and, in turn, the potential for COVID-19 to be transmitted through the air.

In Western Australia, planning is still under way and will not be announced until closer to Term 1, which is due to begin on January 31.